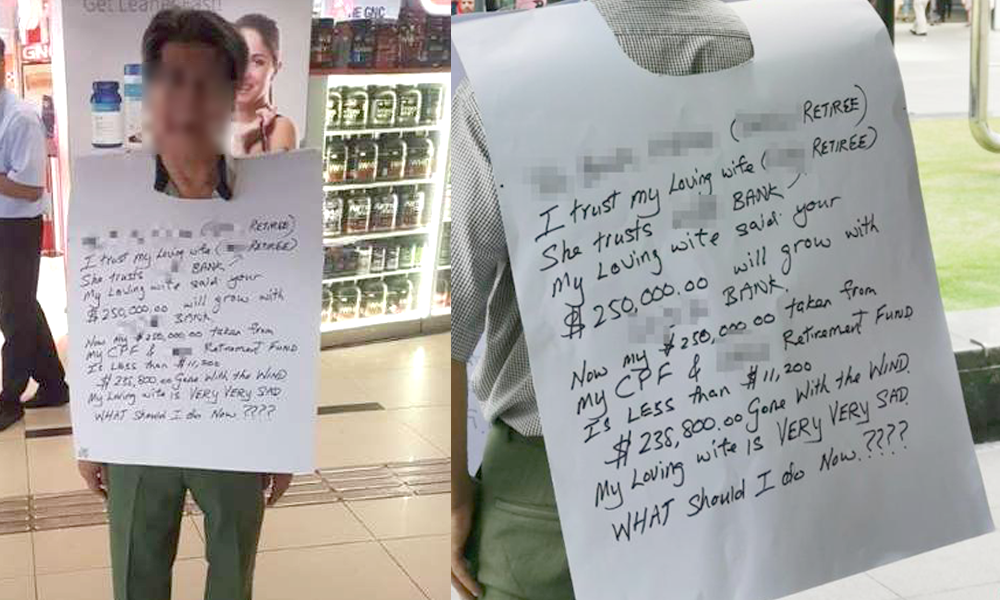 This lao uncle was seen wearing a placard outside a bank at Raffles Place, apparently angry that his savings meant for retirement were “gone with the wind”.

The retiree was seen on his one-man protest at 11am last Friday (8 Feb).

According to the words on his placard, his wife who is also a retiree used to work at a bank, and convinced him to invest S$250,000 with the bank.

The man claims he withdrew his CPF savings and topped up additional cash from his personal savings to make the investment.

But, according to him, the bank lost his money and he was left with only S$11,000 from that investment.

As written on his placard:

“My loving wife is very, very sad. What should I do now?”

Shortly after, a staff from the bank said that the man was approached and that the bank will handle all his queries regarding his investment fairly.