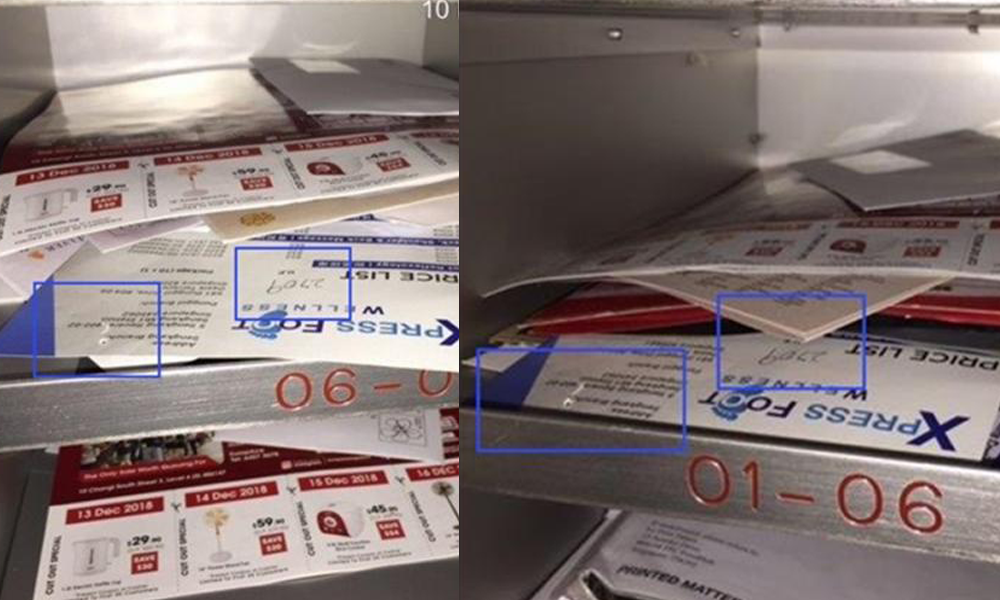 He gave SingPost S$7000 expecting his flyer to be distributed as agreed, but all he received in return was fake photo evidence that the work was fully done.

32-year-old massage parlour boss Mr Tan said that on 19 Nov last year he splashed the cash on SingPost’s Admail service for the printing and distribution of flyers to units in the Sengkang and Punggol regions.

A Sengkang resident, he was waiting to receive one of his own flyers but that never came.

“SingPost arranged for the flyers to be distributed between 26 November and 4 December. I stay in in Sengkang, but after waiting and waiting I didn’t receive any flyer.”

Tan checked with 2 of his staff and they too mentioned that they didn’t receive any flyers.

Tan grew suspicious and emailed SingPost questioning the company regarding the flyer distribution.

He received a reply that included “photo evidence” (pictured above) that the flyers were sent to different letterboxes in the designated regions.

But something caught Tan’s eye – the numbers “2709” and a mark on the top right-hand corner of the flyers in the different photos he received.

“I checked the photos from SingPost and saw that the same flyer with ‘2709’ and the mark were put in different letterboxes, so obviously that was the same flyer that it was in all the photos.”

Tan said he then sent another email to SingPost to check but didn’t receive a response.

He then lodged a police report.

SingPost says that it investigated the matter upon receiving Tan’s first complaint.

Upon his second complaint, the investigation was re-opened and the company discovered that there were lapses by staff who concluded the first investigation.

SingPost added that it has rectified the matter and that staff involved have been disciplined.