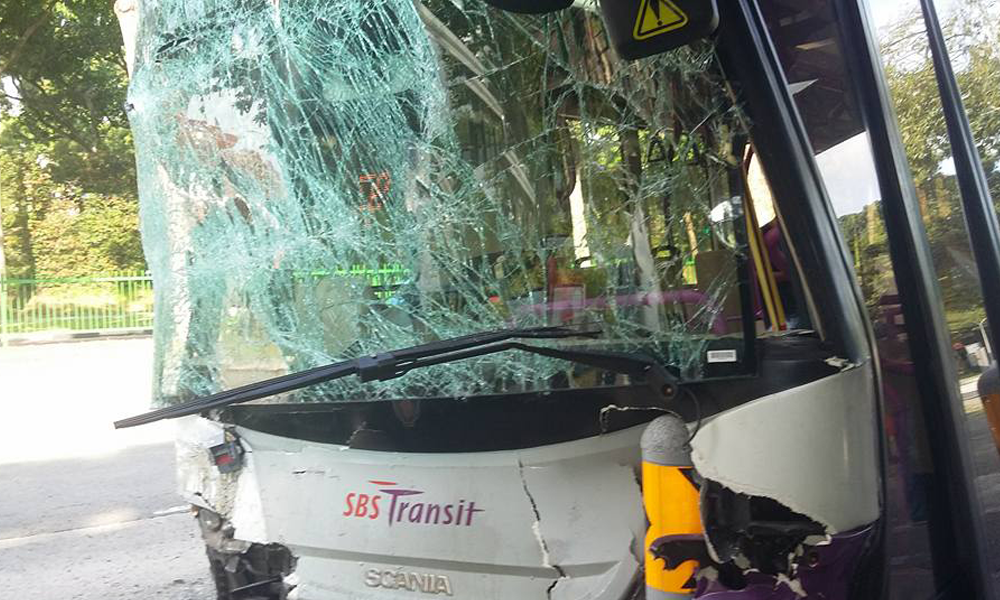 33 people, including a pregnant woman, suffered minor injuries after a SBS bus crashed into a SMRT bus this morning.

The incident took place at about 9am, at a Jalan Jurong Kechil bus stop.

SBS Transit bus service 157 crashed into the rear of SMRT bus service 970 when the latter was stationary at the bus stop.

Bus 157 then mounted the kerb at the bus stop, where it hit a safety bollard and came to a stop. 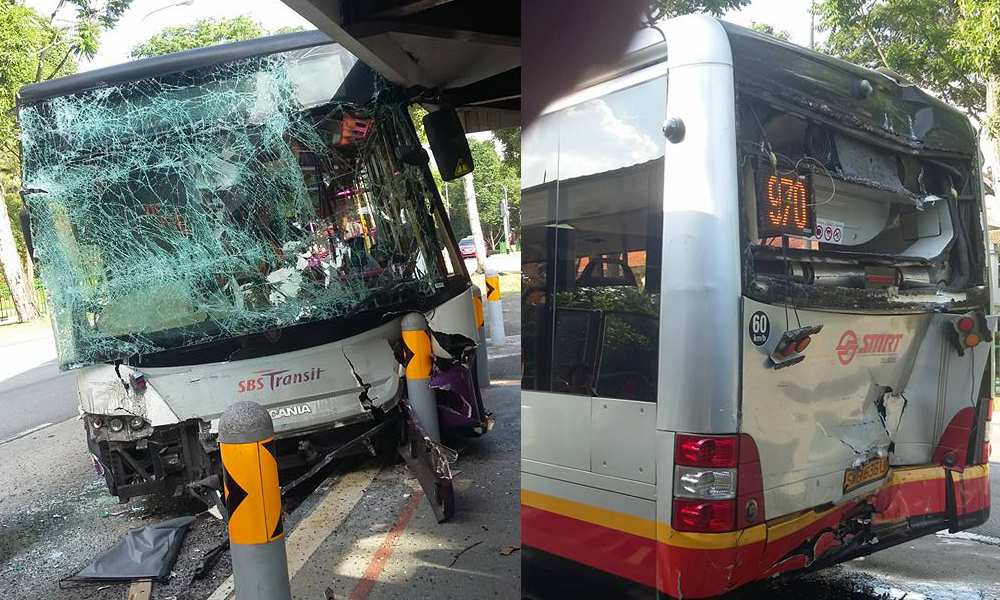 SCDF reported that the injured were sent to 3 separate hospitals for treatment.

At least 6 of the injured have been discharged since this afternoon.

SBS Transit and SMRT have apologised for the inconvenience caused by the crash and are assisting with police investigations.