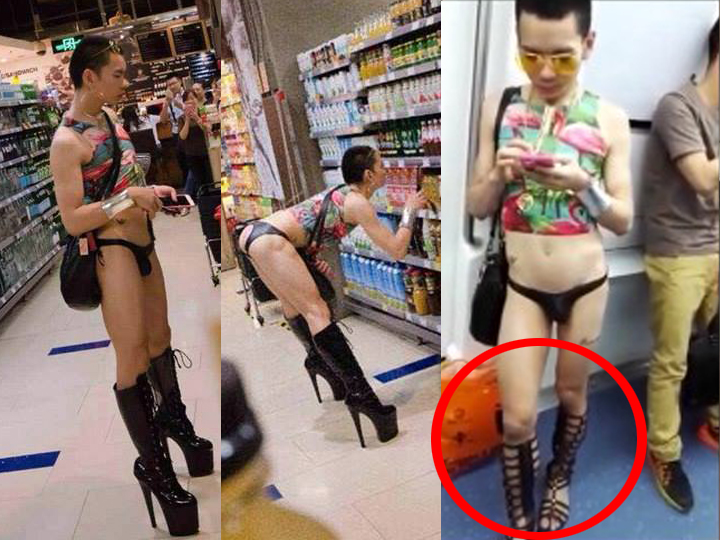 Diamonds might be a girl’s best friends, but this scantily-clad guy clearly prefers his shoes.

He’s been spotted on several occasions now, after he was last seen 2 days ago at a supermarket erm, bending it unlike a certain Beckham.

This time, the man was spotted hanging loose on the MRT .

Which MRT is anyone’s guess because it’s uncertain where these pictures though some have speculated that it’s either in Singapore, Hong Kong or China.

It appears that the man donned the same rainbow-coloured crop top and black man thong, but made a conscious effort to change his footwear.

Some netizens have called the man’s attire indecent and beckoned for the cops to track him down and ask him to lim kopi at Cantonment.

Others though say he’s cute and adds a dash of vibrancy to an otherwise boring-as-hell Singapore landscape.

We say he’s a shoe-in for the next Singapore Fashion Festival – if and when he does come to Singapore.