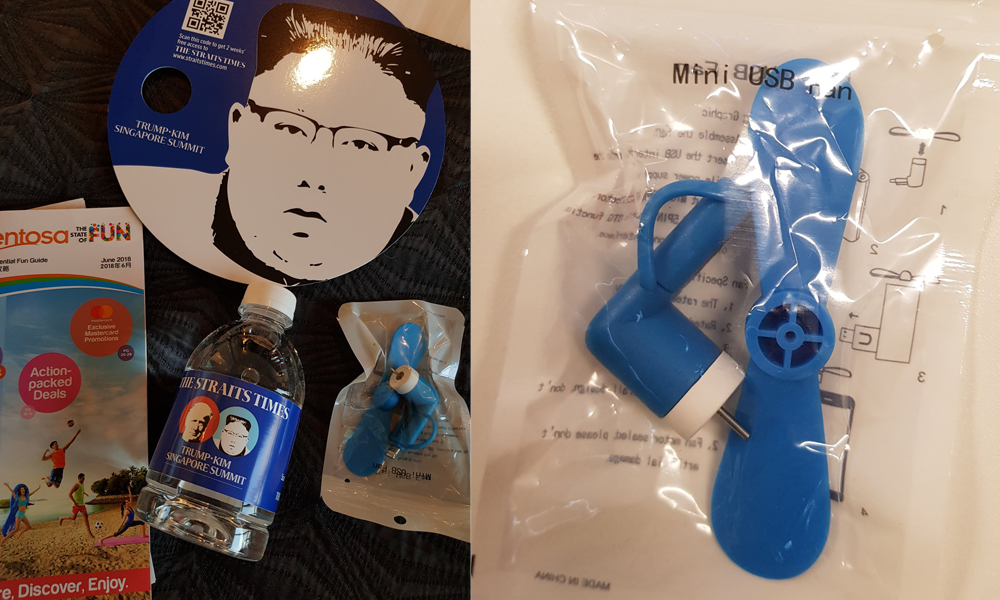 In what is perhaps one of the biggest conspiracy theories to hit the Kim Jong Un – Donald Trump summit, Singapore has been accused of attempting to hack data of reporters using a mini USB fan.

The fan was part of a goody bag given to some 3000 accredited journalists who covered the historic meeting yesterday (12 Jun).

Inside the goody bag were also things like bottled water and a Sentosa guidebook. 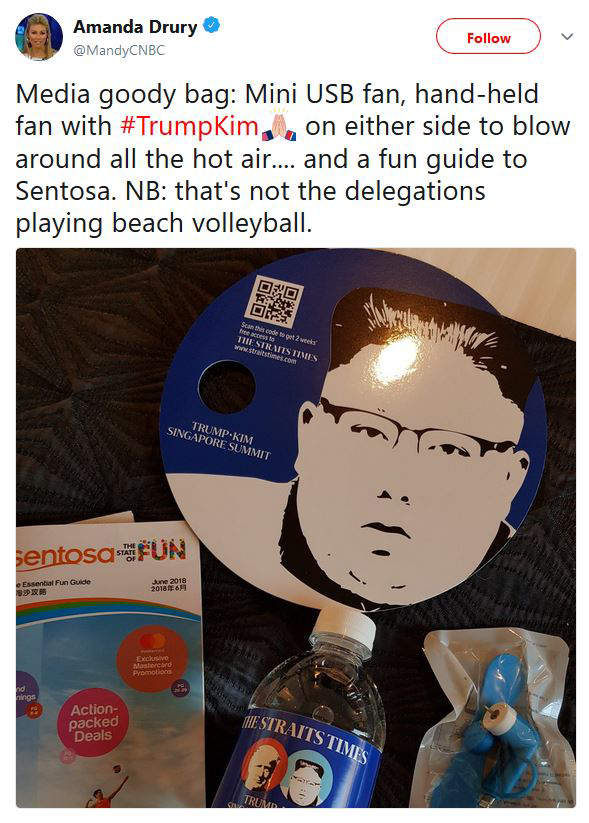 Some journalists who posted pictures of the goody bag, fan included, on social media were met with warnings not to plug the fan into their computers. 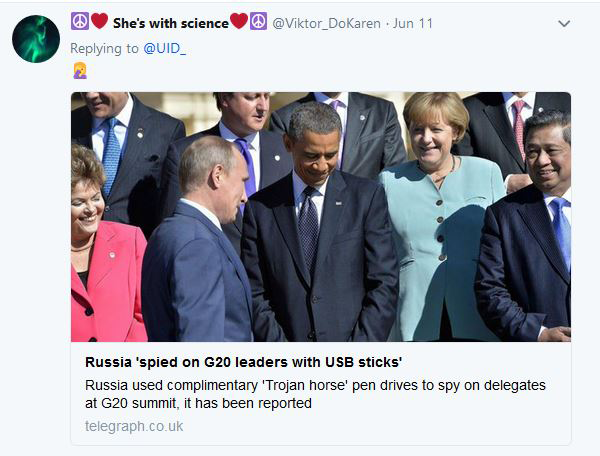 Cyber security expert, Professor Matthew Warren from Deakin University said that the fan “certainly can be a security risk”.

“The idea of the USB is a way of connecting devices to computers, and either exchanging data or drawing power for operations. The problem is, there’s been a number of examples where USB devices can be hijacked and malicious code can be put on them.”

Security researchers Karsten Nohl and Jakob Lell demonstrated at a Black Hat Conference in 2014 how USB devices can be used to can “completely take over a PC, invisibly alter files installed from the memory stick, or even redirect the user’s internet traffic,”

Of course, the seemingly innocent USB fan could be a device aimed at helping journalists beating the searing Singapore heat rather than a malicious data-theft tool.

Because, you know, Singapore treated journalists pretty well during the summit, stuffing them with a tasty spread of local food such as kaya toast, chicken rice and laksa…