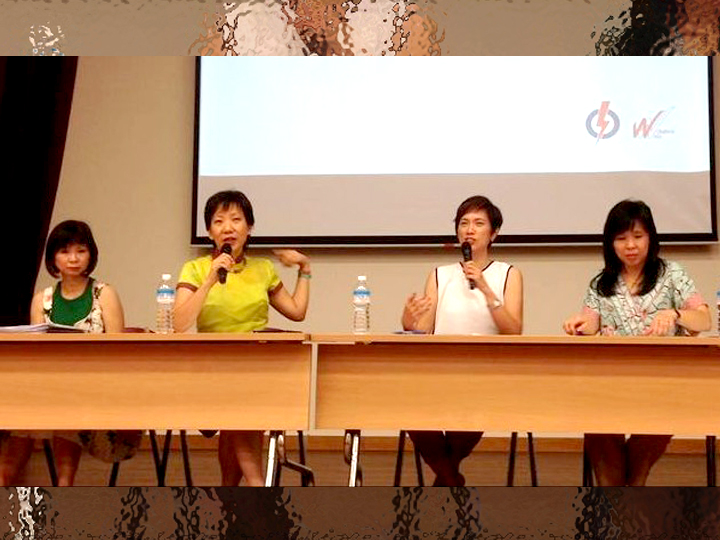 “Sure, I can pay more CPF for my wife. But what are my two my sons going to eat?”

That quote about sums up the sentiments of husbands of stay-home mothers that Redwire spoke to.

His wife, also 34-years-old, quit her job as a clerk when their first son was born 5 years ago. The couple had a second boy last year.

Mr Lim was responding to the PAP Women’s Wing’s call for husbands to pay CPF contributions for their wives.

Both are against the move as they feel they will have to cut back on even more of their monthly budget.

Mr Lim said, “Now I contribute 20% to my CPF. That means the money I have to spend every month is already cut by one-fifth. Let’s say I’ve to contribute another 20% for my wife’s CPF, that’ll mean I’ve only slightly more than half of my monthly salary to use to pay all the bills. House loan, car to ferry everyone around including my mother-in-law, children going to start school soon, plus all their meals… How to survive?

Redwire tracked down another 8 husbands of stay-home moms, and all of them echoed that sentiment – it’s going to take a huge toll on their monthly budget.

Mr Jimmy Koh said, “Sure die. We already live day to day. If I’ve to tighten my belt some more, might as well not wear trousers.”

The 8 respondents also said that the government should do its part to support these stay-home moms, instead of passing on the monetary burden to them.

Mr Kenneth Toh said, “Why can’t the government help families to nurture our kids by ourselves, instead of making both parents work to earn a living? We don’t want to rely on a maid to bring up our child, and our parents are already so old it’s not easy for them to get around and take care of children. This issue isn’t new. It’s been a sore issue for some time already. Is it too much to ask that the government helps those who nurture the next generation of Singaporeans to at least have some savings?”

He said, “F*ck these stupid Women’s Wing and all their bullsh*t. Bloody rubbish only comes from their mouths. Is the government so uncompassionate? It won’t take care of its own Singaporeans? Look everywhere, you’ll see costs are rising. And when you ask people, they’ll tell you that they don’t want to have kids because it’s too expensive.”

On Sat (28 Feb), the PAP Women’s Wing had urged husbands and adult working children to make regular voluntary top-ups to the CPF accounts of stay-home mothers. It also called on the government to provide more impetus for stay-home mothers to take advantage of SkillsFuture initiatives.

It said in a statement, “For stay-home mothers, we are especially concerned that they do not get to benefit from the CPF system. As they do not receive formal payment and CPF contributions for their care-giving, they do not enjoy the attractive interest rates paid on CPF balances and the positive effects of interest compounding,” the PAP Women’s Wing said in a statement.

“A sensible approach is for their husbands to make regular voluntary top-ups to their CPF accounts; likewise for their adult working children. We urge the Government to raise awareness of the benefits of such top-ups and the availability of GIRO transfer options.”

*It’s not easy finding husbands of stay-home mothers in Singapore. Most of the 62 people that we tried to interview said their wives are working, or that they were currently in-between jobs (unemployed, but looking for work). We wish them all the best.