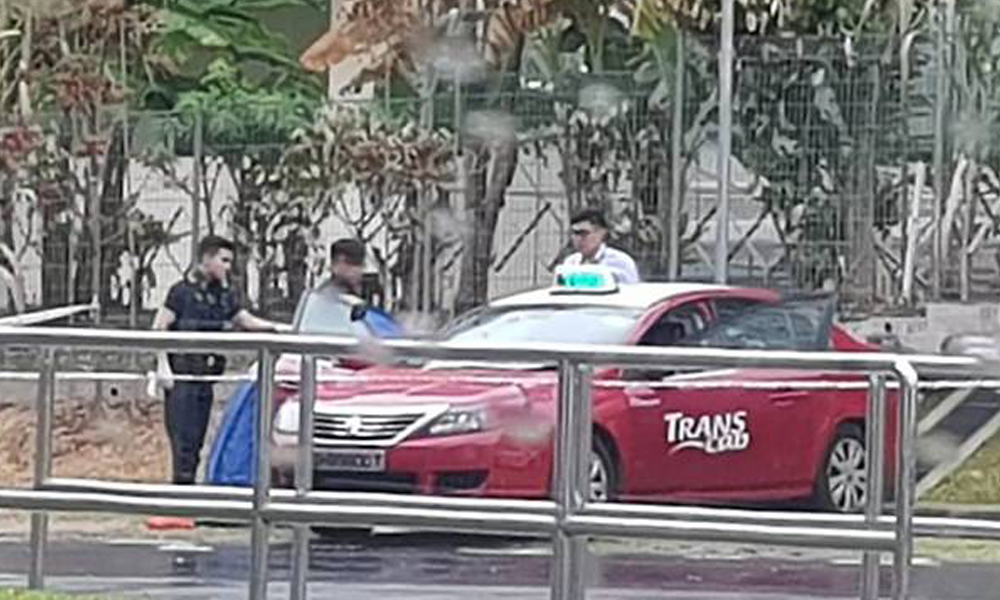 Tor is reportedly living at Block 672 Hougang Avenue 8, and is believed to have died when trying to come out of his cab.

SCDF officers that arrived pronounced Tor dead at the scene.

Tor had been driving for Trans-Cab since July 2011.