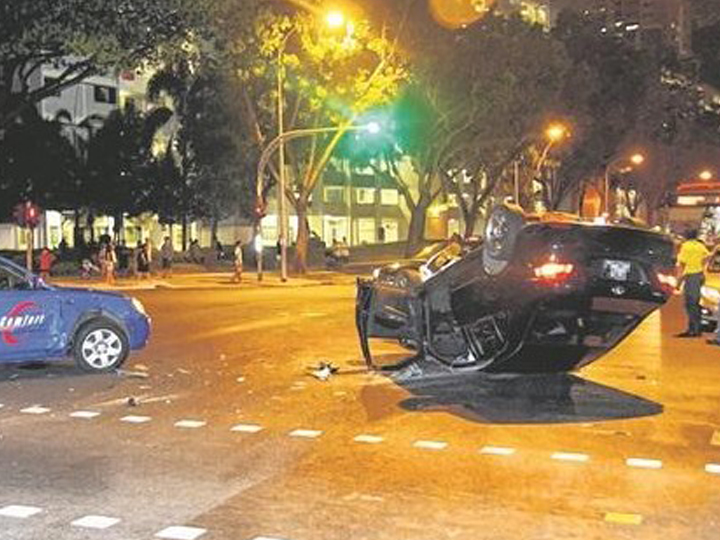 A horror move by a taxi uncle last night caused a car to turn turtle!

The incident took place at the junction of Bedok North Avenue 1 and Avenue 2 at about 8.20pm.

An eyewitness said that the both cars were along Bedok North Avenue 1 – a two lane road.

The taxi was in the left lane and a Black Toyota Vios was in the right lane.

Then, the taxi suddenly swerved to the right and looked as though it was trying to make an illegal U-turn.

And the next thing you know, the car overturned.

The Vios driver, a 44-year-old man, crawled out of the car and dashed off to confront the taxi uncle.

He was seen gesturing at the 52-year-old taxi uncle, and scolding him using vulgar language.

Passers-by rushed to help, and managed to separate the 2 drivers before a fight started.

The two drivers and a female passenger in the Vios were later sent to hospital by paramedics.