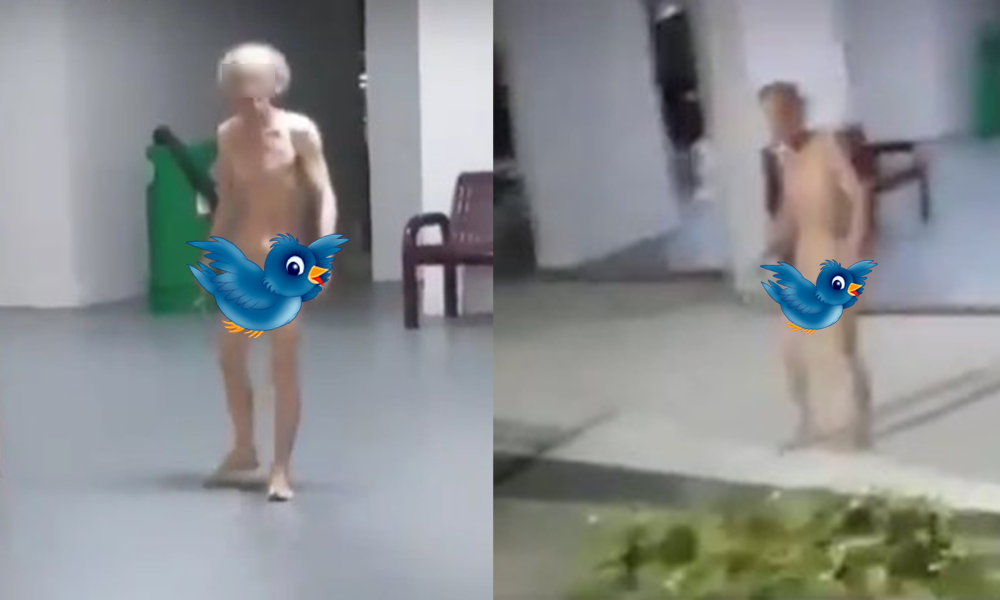 With temperatures hitting highs of 34 to 35 degrees of late, Singaporeans have been finding ways to beat the heat.

For this ah pek, it seems, roaming around the neighborhood butt naked was the method that suited him best.

In a video shared on Twitter yesterday, the ah pek was seen loitering around Block 6 Teck Whye in the nude for at least 10 minutes.

He walked around the void deck and lift landing areas of the block, and wasn’t shy at all when approached by curious onlookers.

From the time stamp on the video, the incident took place in the wee hours of the morning at about 2am. 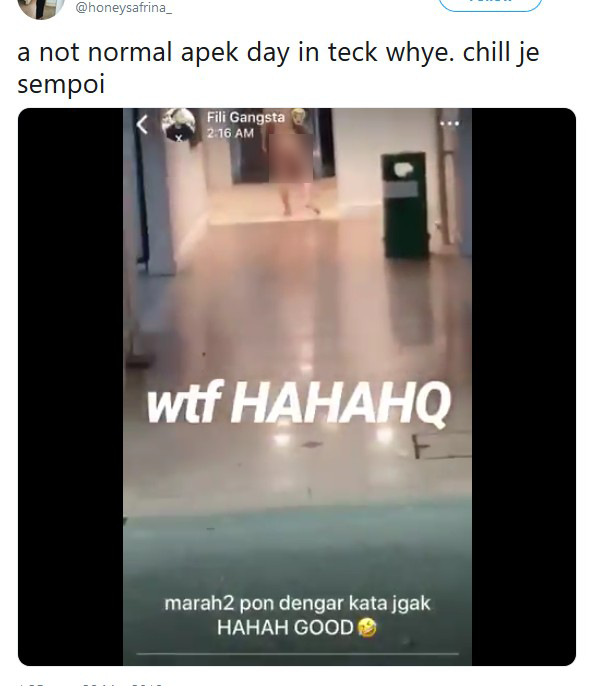 Dangling your ding dongs in public is illegal in Singapore.

Any person who appears nude in public can face a fine not exceeding S$2,000 or imprisonment for a term not exceeding 3 months, or both.

Maybe Teck Whye Ah Pek was hoping there was air-con in Changi Prison?