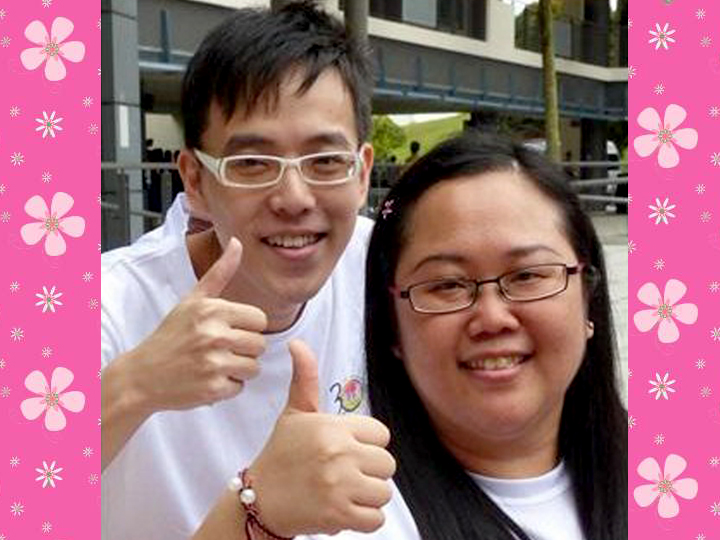 It all started with a lack of a kiss.

When he was 19-years-old and still an ITE student, Guo Zhao Xian was approached by a schoolmate who professed her love for him.

If you read Japanese anime or Taiwanese comics, you’ll know this is a pivotal moment in any teens life, the moment of truth, that thin line between happiness and…

He thought it was too early to enter into a serious relationship.

The girl cried, kicked up a fuss, then went around campus spreading rumours about him – including rumours that he was gay.

The gossip spread and the teasing began.

Overwhelmed by all the taunts from his schoolmates and the workload from studies, he caved beneath the pressure.

A teacher noticed that he wasn’t in class and spotted him walking aimlessly around the school.

She informed his mother, who sent him to the Institute of Mental Health to get his head checked.

“At the time, I thought everyone was a demon and that they were all talking rubbish. I could hear them non-stop in my head, saying ‘you are gay’, ‘kill yourself’ and other words like that.”

Guo was diagnosed with Psychosis and was warded in IMH for 3 months.

After he was discharged, he refused to take his medicine and couldn’t accept that he had a mental problem.

That denial led to him developing Schizoaffective Disorder.

“My mom sent me to several hospitals then, but I would refuse to take my medicine and would relapse. I only got better when I accepted my condition and started taking my medicine.”

That acceptance came when Guo started going to the Singapore Anglican Community Services.

He said the congregation was supportive and gave him much encouragement.

Now that he’s well, Guo wants to become a “peer specialist” so he can help others like him recover from psychological breakdowns.

(No, we’re not sure whether he wants to take an axe to the jilted rumour-mongering schoolmate, but we think it’s highly unlikely.)