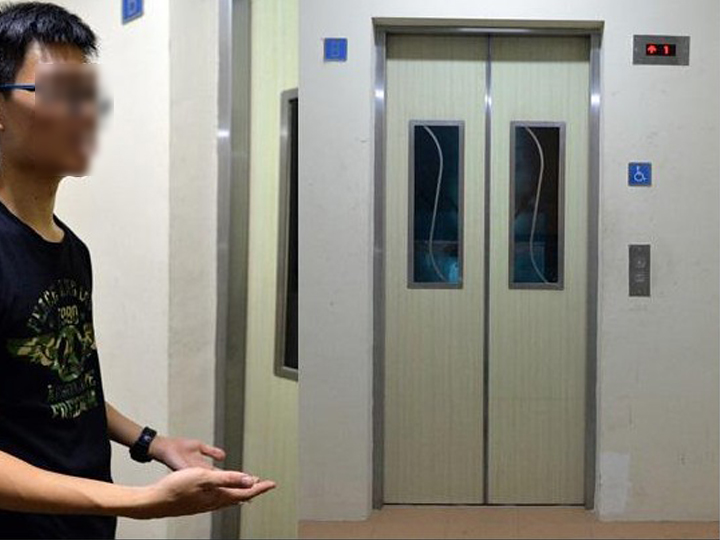 A shocker for a tertiary student when he came across a young girl crying in a lift on Saturday (4 March).

17-year-old Mr Leong said that when the lift doors to her home at a HDB block at Ang Mo Kio Avenue 1 opened, she saw a girl clutching the lift’s support bars.

The 8-year-old girl was crying and her eyes were red and swollen.

“I got a shock and kept asking her to tell me what had happened. She said ‘My mother wants to kill me’ and asked me to call the police.”

Mr Leong questioned further and found out the girl had run away from home after quarrelling with her mother.

Not knowing what to do, Ms Leong brought her to the nearby community club.

“The staff at the CC gave her warm water and chocolate and calmed her down. Then they called the police.”

Police and paramedics arrived shortly and the girls was sent to hospital for a check-up.

One of the girl’s neighbours, 59-year-old housewife Marisa, said that she heard yelling and looking out the window saw the girl and her mother standing at the entrance of the lift.

“At the time, the girl’s mother was very angry and kept yelling at the girl and scolding her while the girls stood there and cried.”

Marisa added that the family had moved in recently and this is the first time she had witnessed such a clash between mother and daughter.

However, it seems that there’s more than meets the eye.

The girl was reportedly scolded for refusing to attend tuition class and lazing at home watching television.

When her mother returned home, she got very upset and hit the girl.

The girl’s father returned home shortly after and he reportedly tried to intervene but to no avail and told his daughter to call the police.

Police have confirmed a report of the incident and are conducting investigations.