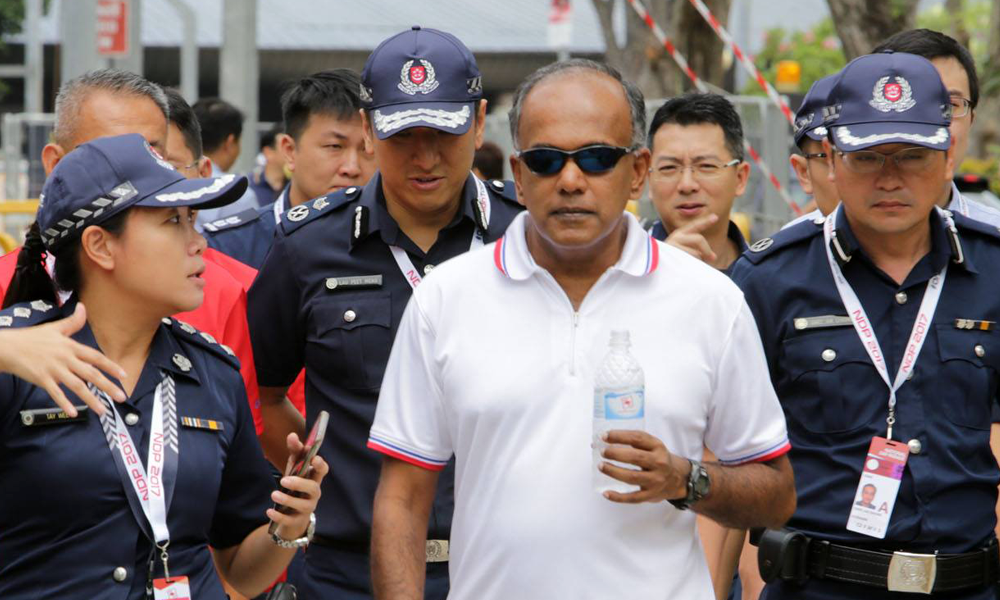 “In effect, the Bill makes the minister a global policeman, with no equal in the world. This is a position too arrogant for this House to support.” – WP Chairman Sylvia Lim

A PAP-dominated parliament has voted overwhelmingly to extend the Criminal Law (Temporary Provisions) Act, with additional clauses which could make Law and Home Affairs Minister K Shanmugam, in the words of Workers’ Party chairman Sylvia Lim, a “global policeman”.

Keep in mind that the CLTPA is a temporary act that has to be renewed (or even removed) by parliament every 5 years based on the prevailing crime and order situation in Singapore at the time.

This is why the latest proposed changes to the CLTPA, which the WP has dubbed as “toxic” and “dangerous”, should matter to you, put in simple terms:

A new clause added to the CLTPA, Section 30(1), would give Mr Shanmugam as Home Affairs Minister the power, and the final say the detention of persons without the need for a trial.

It will remove the current right of detainees under the law now to seek judicial review by the courts, where the courts can challenge the Home Affair’s Minister’s decision.

Because, the new clause states that the minister’s decision is “final”.

The minister’s decision in any of these 3 instances:

Mr Shanmugam says that the provision “does not oust judicial review” and that the courts can still review the minister’s decisions based on the traditional tests of illegality, irrationality, and procedural impropriety.

But the terms of the provision state that the minister’s decision on the facts on the case under the Act are final.

And, it cannot be appealed or substituted.

In 60 years, no minister has sought a finality clause on his detention order.

Keeping in mind the new powers Mr Shanmugam would possess, concerns have been raised regarding another more changes to the CLTPA that would expand the scope of the Home Affairs Minister’s powers to order detention without trial.

This is due to a new list of defined activities in the Fourth Schedule of the CLTPA, which some legal professionals and academics say could allow persons to be detained for alleged activities of a more minor nature.

Activities which the Home Affairs Minister can dictate that a person be detained without trial include:

And not just that, the reach of the CLTPA will extend to persons who participate in or facilitate serious crimes overseas.

In the original CLTPA, the list of offences was not clearly defined, and the Act did not cover all offences, but only those in which broadly fell into these categories:

(i) Criminal activities where trials in court could not proceed due to threats of harm against witnesses or their families.

(ii) The detainee must have been involved in a criminal activity of a sufficiently serious nature to justify detention without trial.

(iii) The criminal activity must pose harm to the public order within Singapore.

The CLTPA expires in 20 months’ time.

Each time, it is renewed for 5 years (that’s why it’s called the “Temporary Provisions” Act).

With the vote to extend the CLTPA (inclusive of its new clauses) Mr Shanmugam would possess his new powers from October 2019 to October 2024 (if he’s still Home Affairs Minister after the next General Election, which must be held by 2021).

The last debate for renewal was in November 2013, less than a year before its expiry date in October 2014.

The previous two renewals, in 2009 and 2004, were debated even closer to the expiry date – between 1 month to 8 months of the Act’s expiry.

So why has parliament been asked to renew it now?