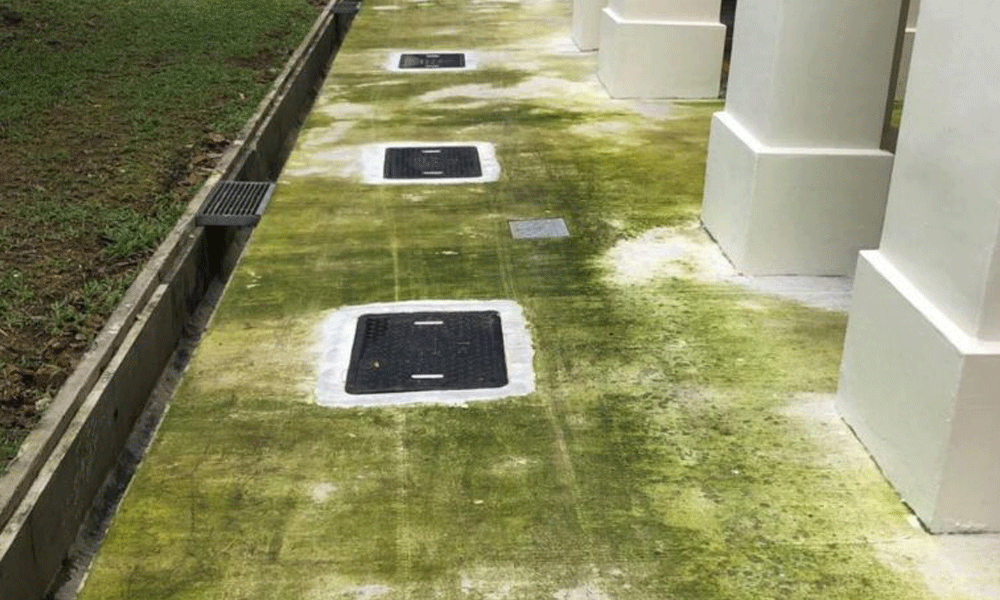 Sembawang Town Council has blamed poor workmanship for the growth of algae on a repaved concrete flooring in the vicinty of HDB flats in Woodlands Street 81.

A photo shared on Sunday (26 Nov) shows the flooring blanketed in dark green algae patches, with the netizen who uploaded the photo saying that has been “months” since the algae appeared.

The town council has been criticised for lack of maintenance leading to the algae growth, with many saying that this could lead to elderly folk in the area slipping on the coating of algae and injuring themselves.

However, Sembawang Town Council said that algae growth in the affected areas, near blocks 870 to 882 and blocks 801 to 804, are the result of poor workmanship from the re-rendering of the concrete surface.

The town council said that it has alerted the contractor, who has agreed to rectify the problem.

The contractor has also been asked to increase the frequency of the surface washing from once a month to once every 2 weeks while rectification works are being done, and anti-fungicidal chemicals will also be used to slow down algae growth during this time.

“Re-rendering” refers to hacking off the concrete surface and re-applying a fresh concrete over it.

This is done as concrete surfaces face natural deterioration, and will sustain wear and tear over time.