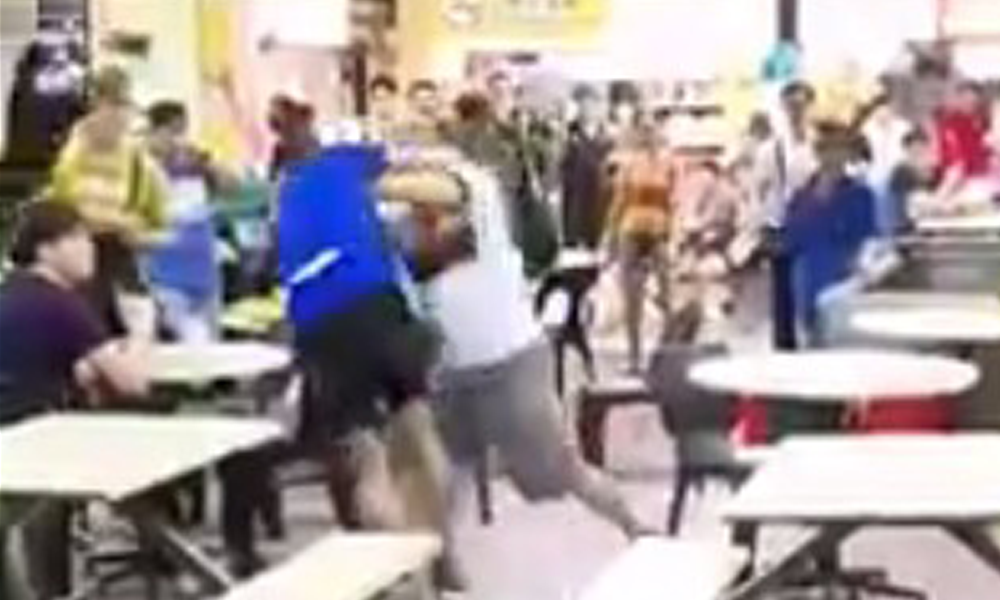 Chairs, a broom, and a whole lot of swear words – that was part of the Wong Fei Hong gong fu spectacle at the S-11 Kopitiam at Block 744 Yishun St 72 last night (11 Mar).

The lead actors – Man in White (not the LKY MIW hor), Man in Blue (also to be confused with a certain Ah Low), Man in Red, and Ponytail Uncle.

Police say they were informed of a case of affray at about 9.20pm.

This video of the gong fu fracas was shared by Allan Lim.


Apparently, Pontytail Uncle and Man in Red first got into a profanity-fuelled argument.

Then, they started fighting – with chairs.

Kopitiam patrons (who possibly just wanted to enjoy their Tiger in peace before the beer turned warm) tried to break up the fight.

Enter Woman in Red, who the used a broom to whack the uncles and got floored by a kick.

While this was happening, Man in White and Man in Blue got into a violent scramble (possibly not as violent as the one in parliament over the week).