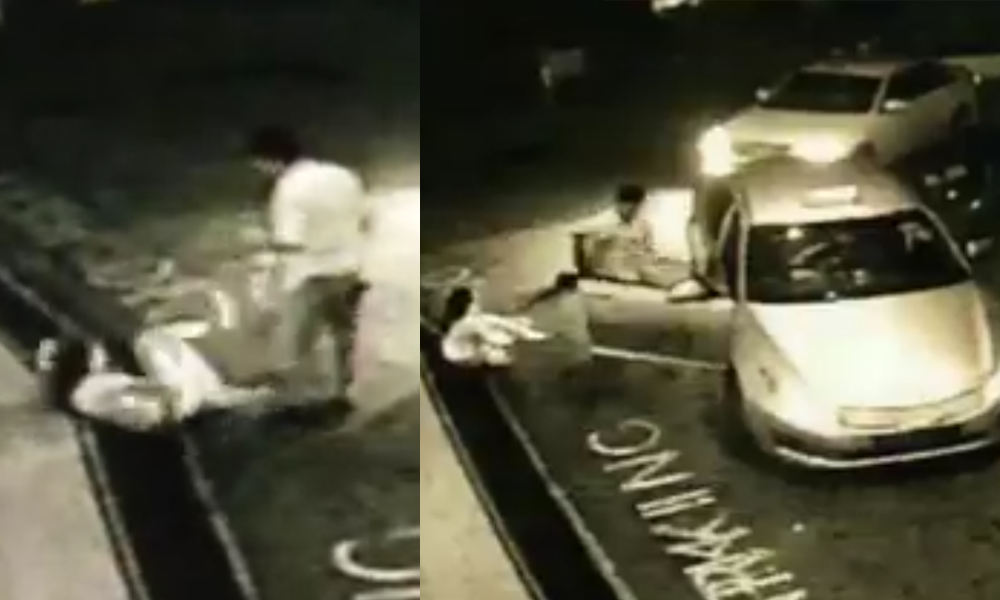 A Silvercab taxi driver was caught on video hitting a female passenger, pushing her to the ground and splashing an unidentified liquid on her.

The incident took place at the passenger drop-off point of Pearl Bank Apartments on Friday (7 Dec) at about 3am.

The video, which appears to be CCTV footage, shows the taxi stopping at the drop-off point and the taxi driver exiting the vehicle.

The woman, seated in the backseat, emerges from the taxi and walks over to the taxi driver, who then swings his arm at her head.

The blow sends her crashing to the ground.

The taxi driver then opens a bottle of unidentified liquid and pours its contents on her.

The woman gets on her feet and the two exchange blows.

Security guards at the condominium (off-camera) subsequently separated the two and the taxi uncle drove off into the night.

The circumstances surrounding the confrontation have yet to be established.