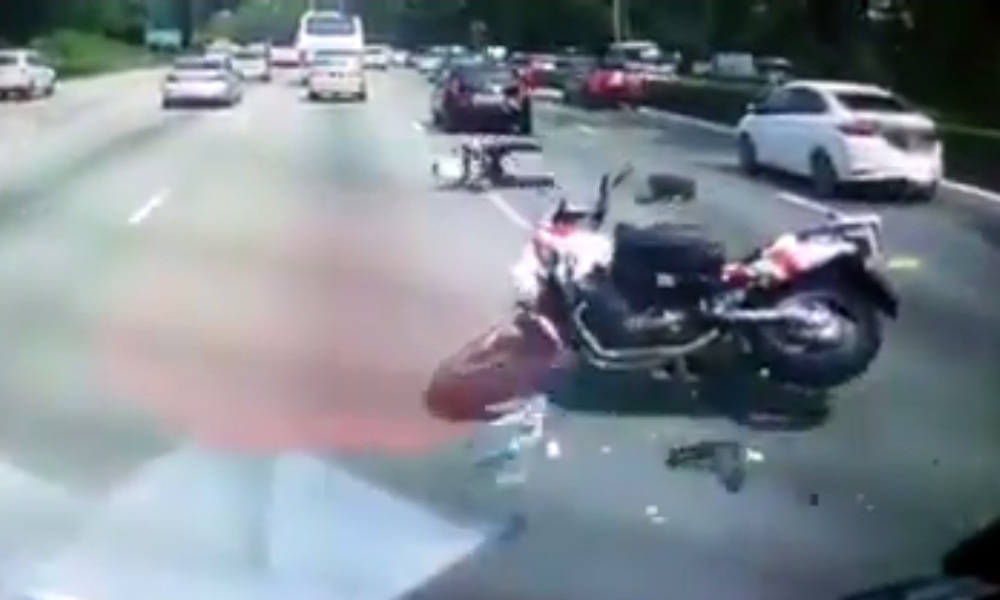 A traffic police officer crashed into the rear of a car that came to a sudden stop on the PIE on Friday (4 May) at about 3.40pm.

The 27-year-old officer was thrown off his bike and collapsed on the road.

Motorists were seen scrambling to his aid as he lay there writhing in pain and unable to move.

The traffic police officer had been travelling on the right-most lane of the road when a car in front crashed into the rear of another car.

This prompted the black car behind them to step on the brakes.

The officer couldn’t stop his motorcycle in time and smashed into the back of the black car.