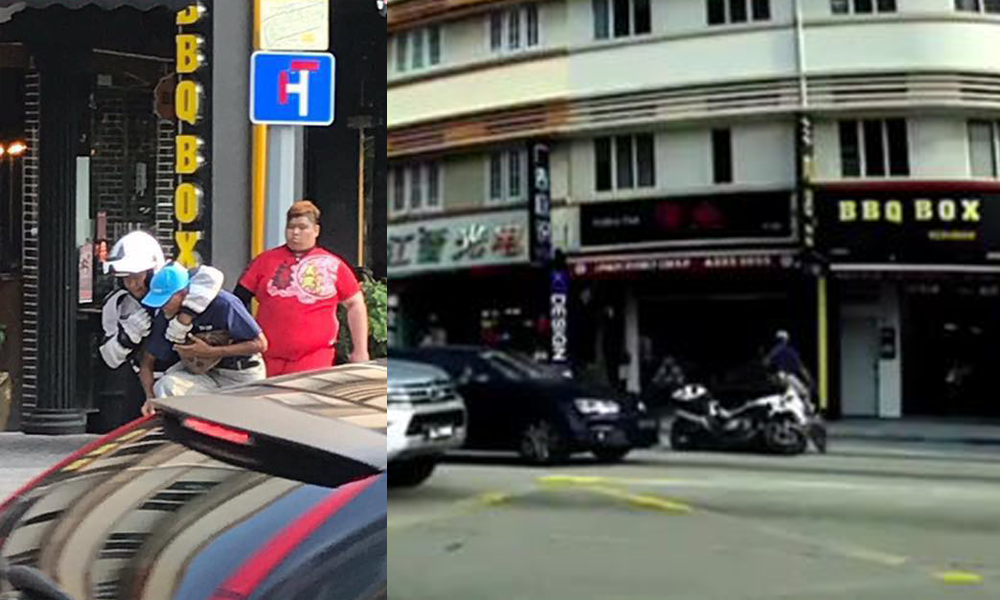 The road is teeming with traffic, a cyclist weaves in and out of the fast-moving vehicles as though he has a death wish, then he gets whacked by a traffic cop on motorbike.

The traffic policeman apparently tried his best to brake, even crashing his motorcycle to the ground, but he couldn’t avoid smashing into the cyclist.

It appears that both men suffered minor injuries from the crash.


While many have blamed the cyclist for riding recklessly, the traffic cop might have to shoulder part of the blame for the accident too.

Back in 2015, motorcyclist Richard Quek was riding along Sims Avenue in 2015 and hit a jaywalker while on his bike.


When the case hit court, the judge ruled that Quek was 20 percent to blame for the accident.

He was sued by the jaywalker and had to pay him S$40,000 in compensation. 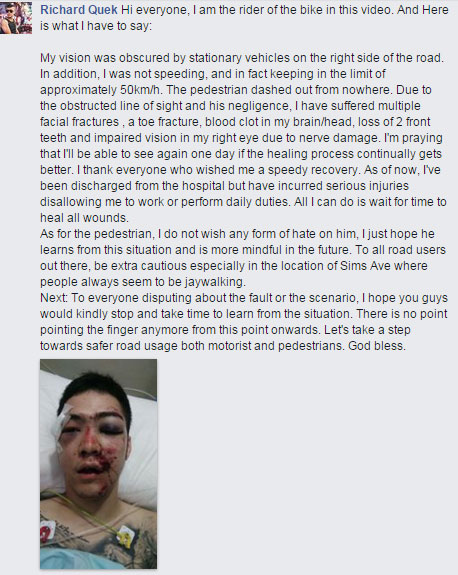 That was adding insult to injury – Quek had already suffered facial fractures, a toe fracture, blood cot in brain, lost 2 teeth and blindness in his right eye as a result of the accident.

So, in this case, what will become of our traffic mata?