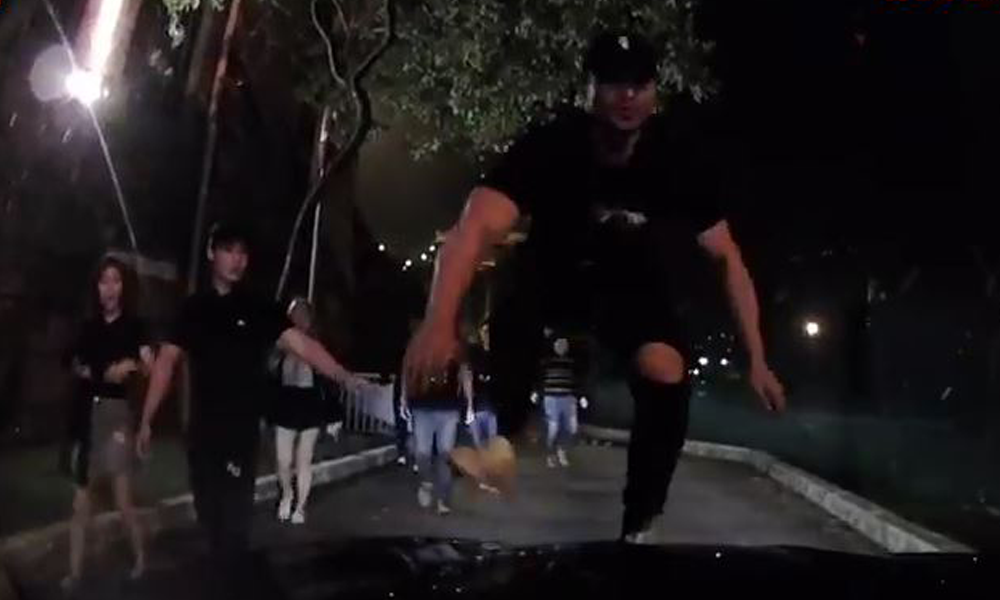 “’Hello!! Do u have nothing better to do than to bully a 72 years old grab driver? My dad has done nothing to provoke u. He jumped on his car and your friend even shouted “ we apologised already, what’s more u want?’”

Netizen Belleian Xu has shared this video, seeking to find the young punk who stomped on her father’s car at St James Power Station.

The incident took place this morning at about 3am.

From the video, the young punk, who appears to be in his twenties, apparently saw the private-hire vehicle coming.

His friend even warned him about the oncoming PHV and the driver sounded his horn, but the young punk decided to climb on top of the car, stomp on the windshield, then leap off.

Fearing for his safety, the 72-year-old PHV driver drove off to avoid a confrontation.

The matter has been reported to the police and investigations are ongoing.