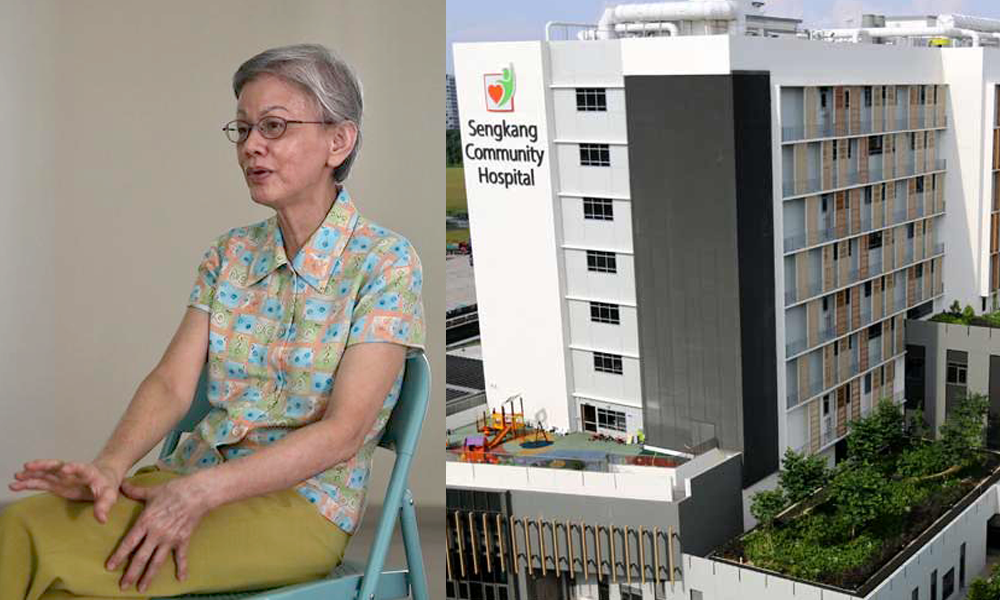 2 out of 3 people in Singapore have MediShield Life integrated plans that cover them for private ward stays in community hospitals.

Despite having such insurance coverage, patients who do opt for private ward stays at these hospitals will have to bay a hefty deposit.

Private ward patients do not receive government subsidies for their hospital bills.

67-year-old Stephanie Kong had a tumour removed from her left thigh and needed a few weeks of rehabilitation care at a community hospital.

She got a big shock when she was asked to pay S$19,000 to be moved from Singapore General Hospital to Sengkang Community Hospital.

Even charity-run community hospitals such as St Andrew’s and Ang Mo Kio-Thye Hua Kwan asked for deposits of over S$5000.

SKCH subsequently offered to reduce the deposit to S$7000 after doing a check on her Medisave funds.

Kong has an A-class IP with a rider, so she doesn’t pay for healthcare as a private patient in a public hospital.

She was warded in SGH earlier this year, and her insurer NTUC Income provided a Letter of Guarantee so she did not need to place a deposit.

However, she was told by her insurer that it was not a practice to provide LOGs for community hospital stays even though IPs cover such stays.

Aside from the deposit, Kong found that the charges at community hospitals were higher than that of SGH, so she chose to remain at SGH for 3 weeks of rehabilitation instead.

This is surprising as community hospitals were built to provide cheaper care for patients who need to stay in hospitals for a longer period of time.

The Ministry of Health says that community hospital ward charges would, in general, be lower than acute hospitals’ ward charges.