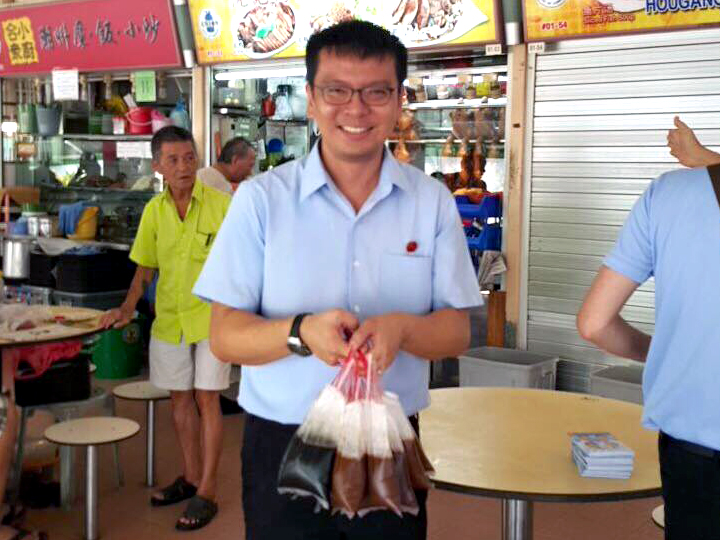 The Workers’ Party has selected Daniel Goh to take the place of Lee Li Lian as Non Constituency Member of Parliament, ahead of former NCMP Gerald Giam.

This comes after Ms Lee turned down the role, citing personal commitments and a lack of support from voters.

Mr Goh, a Sociology professor with the National University of Singapore had this to say about the possibility of becoming an NCMP:

“There is no better fate than to place myself in the hands of the august men and women representing the will and wisdom of the people. Come what may, January’s destiny awaits. Regardless, I will march on.”

3 NCMP position are awarded to the best losing General Election candidates from the opposition.

If an eligible NCMP decides not to take up the position, parliament may choose to fill it, or leave the seat vacant.

The seat is not automatically transferred to the next eligible opposition candidate.

If he takes up the NCMP offer, he will join fellow East Coast GRC candidate Leon Perera and Dennis Tan, who contested in Fengshan SMC.

Commenting on his team’s East Coast defeat, he had said:

“My work is to continue this national service to build up the WP as a credible choice and voice to keep the iron in Singapore’s veins.”

Previously, Gerald Giam, who was Goh’s running mate in East Coast, and Yee Jenn Jong had represented the WP as NCMPs, with the Singapore People’s Party’s Lina Chiam filling the 3rd NCMP slot.

Mr Giam has said that he asked the party’s Central Executive Council to consider nominating Perera, and if Parliament opened Lee Li Lian’s vacated seat, for Mr Goh to fill it, and was glad his suggestions were accepted.