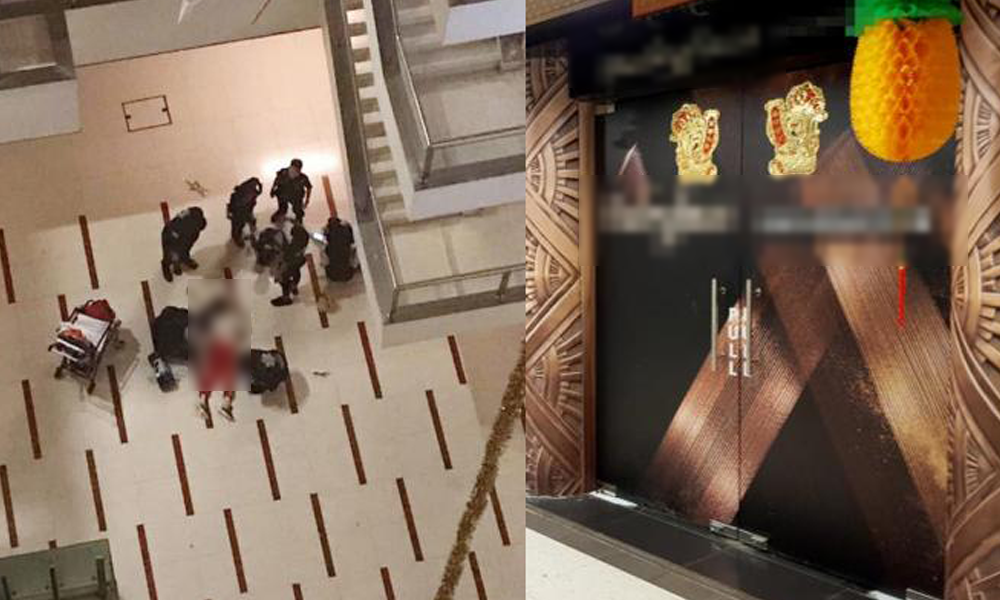 A young China native from a well-to-do family was found dead on the ground floor of Cuppage Plaza on Monday (7 Jan) at about 5.20am.

Shortly before the fall, she was seen quarrelling with a male performer at a 5th floor nightclub.

The 33-year-old tai tai had reportedly fallen in love with the male performer and would frequent the nightclub to “hang flower” for him.

The practice of “hang flower” involves customers buying pricey garlands of lowers from nightclub staff to hang around the performers’ necks to show their appreciation and affection, and the performers receive commission from the sale.

That morning, the tai tai was reportedly in a drunken state when she saw another woman “hang flower” for her beau.

She then flew into a rage and got into a loud quarrel with him.

According to a convenience store owner, the argument stopped after about 10 minutes, and he thought that things had returned to normal.

A while later, he saw the tai tai’s lifeless body on the ground floor, surrounded by police officers and paramedics.

The woman is believed to have thrown herself over the ledge outside the 5th floor nightclub.

“I wasn’t at the shop at the time. A cleaner told me that the woman looked drunk, and before she fell over there wasn’t any commotion. It looked like she just jumped and ended her life.”