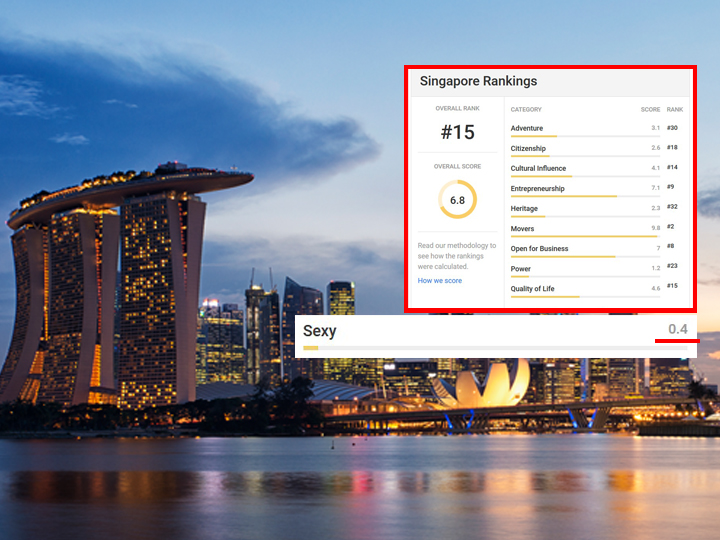 Singapore is apparently one of the best countries in the world to live in, according to a report presented before the World Economic Forum yesterday.

Singapore came in 15th out of the 60 countries. 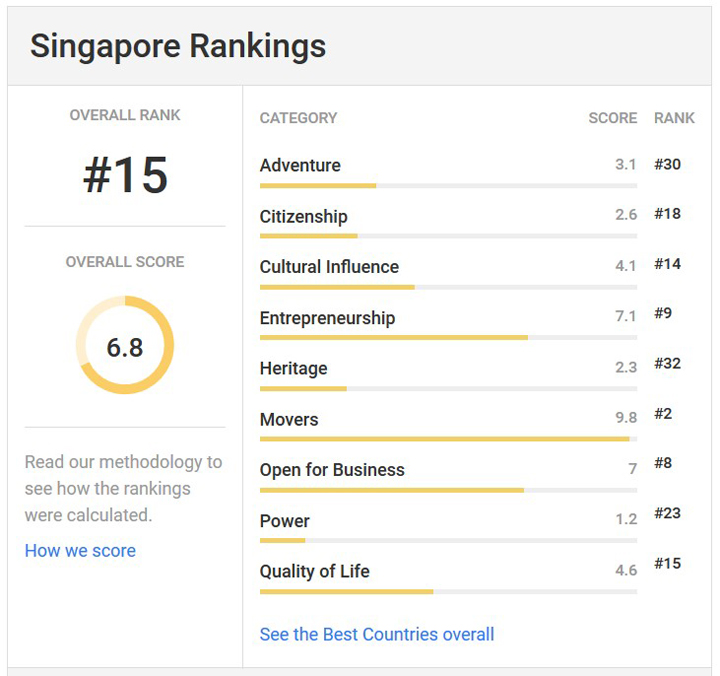 The report put together by US News & World Report, the University of Pennsylvania’s Wharton School and global brand consultants BAV Consulting.

In sum, we ranked highly for our public infrastructure, economic stability, and good business climate. 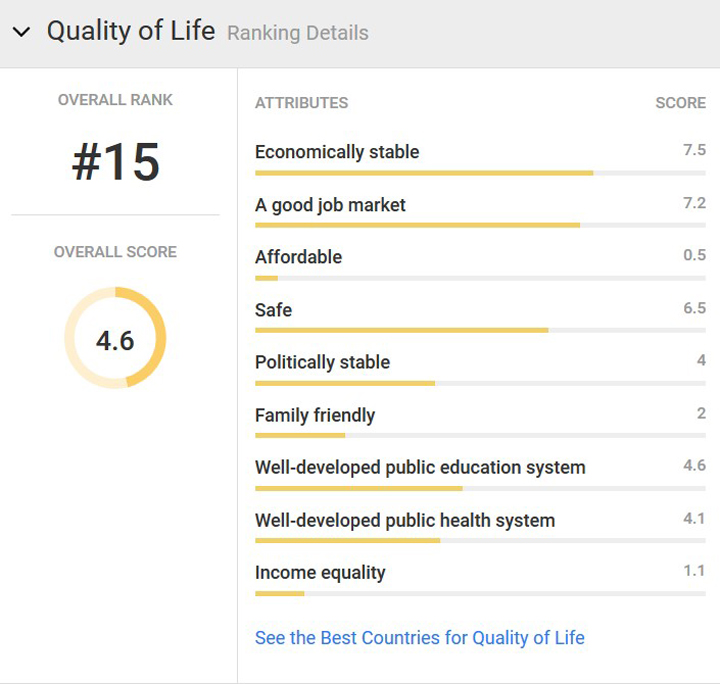 Here’s what the report had to say:

“One of Asia’s four economic tigers, Singapore has seen impressive growth in recent years as efficient manufacturing and production practices have made way for free-market innovation in the booming electronics and pharmaceutical industries. Gross domestic product per capita is high and unemployment is low, making Singapore one of the wealthiest nations in the world.”

But, Singapore was seen as a terribly expensive and unsexy place (we blame you, Patricia Mok and Chua En Lai!) to be, which cared little for human rights, with high gender and income inequality. 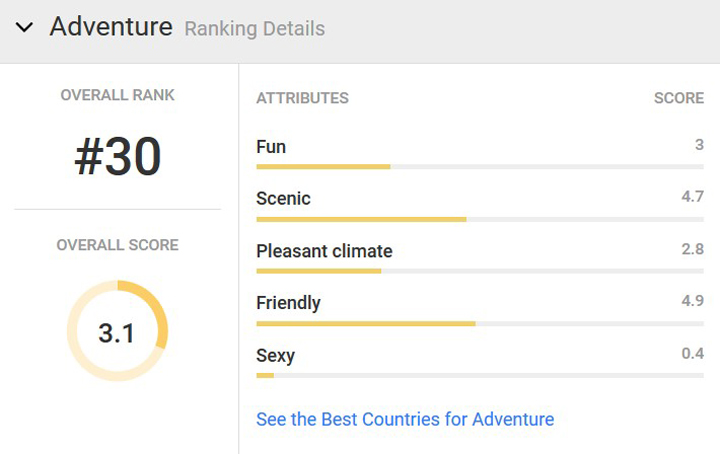 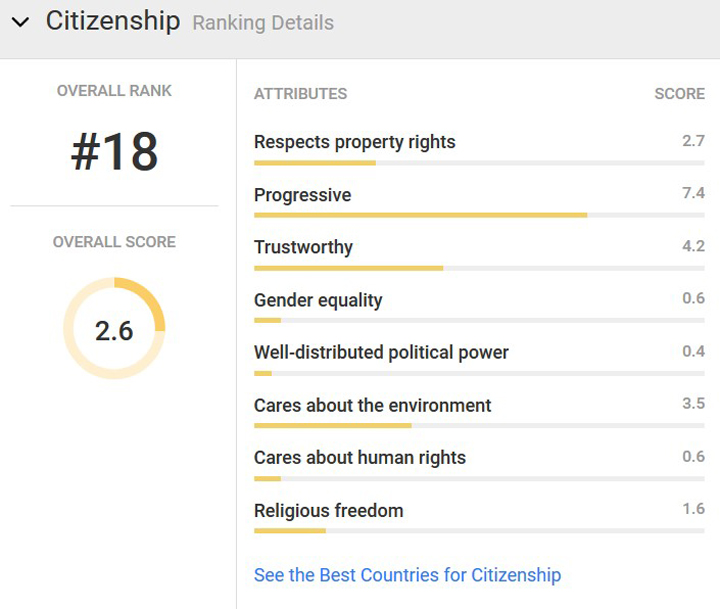 And, about to get more crowded.

“Singapore is densely populated, with most citizens living in urban high-rises. The Singaporean government has forecasted exponential population growth in the coming decades, with immigrants expected to account for more than half of the population by 2030.  Space constraints coupled with rapid population growth contribute to concerns about the rising cost of living and income inequality. Conservation, land reclamation efforts and improved environment-friendly practices amid the urbanization and industrial pollution are also a focus.”

Germany came out tops in the study, with the US, Japan and countries from Oceania and Scandinavia taking their places in the top 10.

Well, we did beat our noisy neighbours up north by 12 rungs, if that’s any consolation.

And, we’re not too far away from that elusive Scandinavian standard of living (“Scandinavian”, because Switzerland for some reason or other wasn’t included in the report). 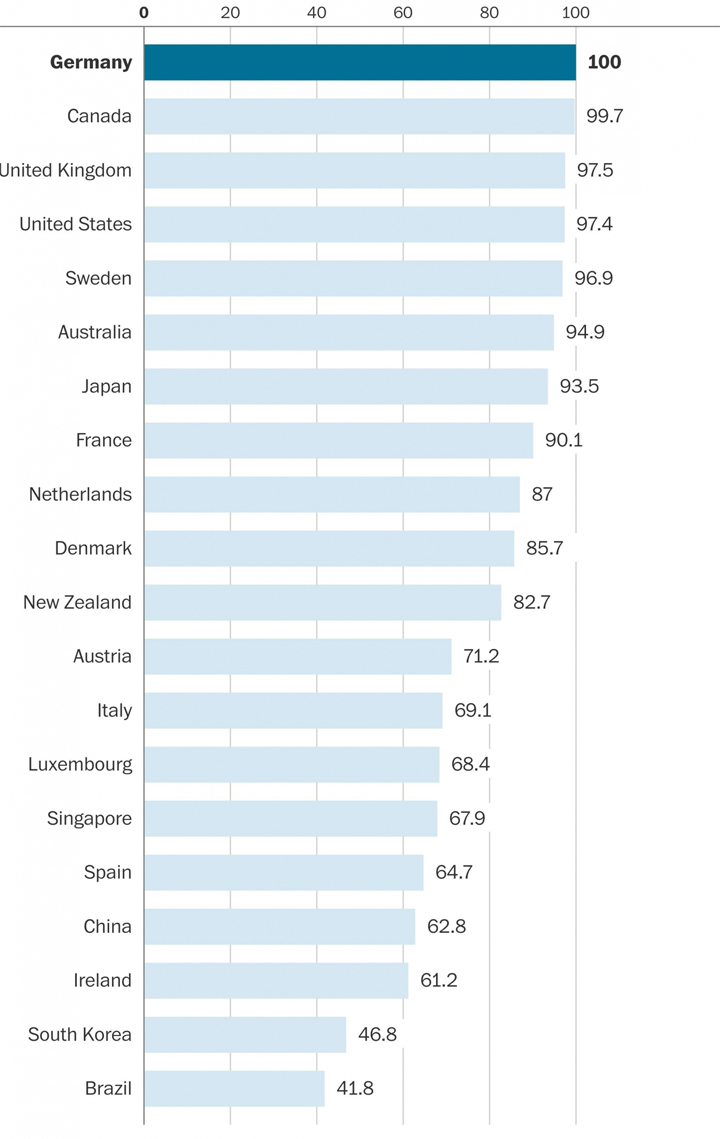