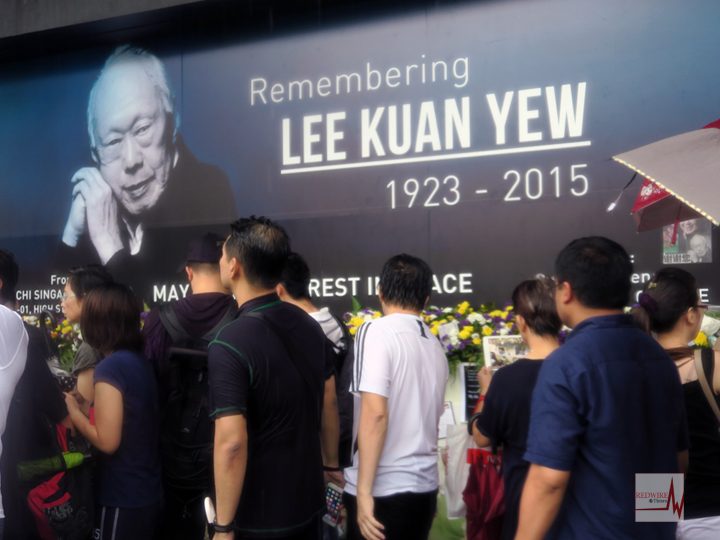 Stockholm Syndrome: When hostages start to feel empathy and develop positive feelings for their captor.

It’s strange, when you talk to Singaporeans. We appear to be a fairly resilient bunch, characterised by a hell lot of complaining.

Some even go so far so to cow beh to the cops when their fried rice is too spicy (Yes, this has happened. Read about it here.)

The late Lee Kuan Yew was associated with all these.

When he was alive, many online and in the various coffeeshops around the heartlands would curse and swear at him.

Some would even wish Guan Gong (the common moniker for Ah Gong, named after the historically brutal but effective Chinese general) a hasty death.

Then he died, for real.

Next thing you know, there’s such a huge outpouring of grief.

Those who once cursed and swore and occasionally spat on the ground at the mention of the man were suddenly willing to queue for up to 8 hours to pay their last respects.

This was the same man who OK-ed the implementation of COE, which has been blamed for sky-high car prices in Singapore.

This was the same man who introduced the scholar (“xiu cai” in Mandarin) system, which earmarks academically talented children for future glories from a young age, and is often blamed for why many of today’s ministers have lost touch with the ground.

When he died, the tune changed.

Those who verbally whacked Elder Lee until damn jialat suddenly found deep respect for him as the founding prime minister of Singapore.

When pressed, they couldn’t explain so much as to why, giving vague statements about how he raised Singapore from a fishing village to a metropolis.

This is the same man who has been accused of “killing chickens to frighten the monkeys,” the poor chicks being Dr Chee and the late and respected Mr Jeyeratnam (not the latest Tubby K incarnation).

This Lee, who was accused of leaving the knuckle-dusters at home, and using the pen and the law to silence opposition voices.

Suddenly people who loved to give Elder Lee a good spur here and there wept and sang his praises – even before all the tribute stories were published.

For those who oppose Lee and his policies and stuck it out till the end (or his end), kudos to you.

Those who support Lee and what he stood for, you’re good too.

At least you fellas didn’t switch camps overnight without knowing the rhyme or reason why.

As for the others who can barely name a thing Lee did to build up Singapore, who criticised him for everything under the sun when he was alive but literally cow beh even more when he died, oh the shame.

Singapore needs people with “gumption”. You fellas should move somewhere else.

Try Stockholm for a start. We hear it’s better known for hot blondes than hot weather.