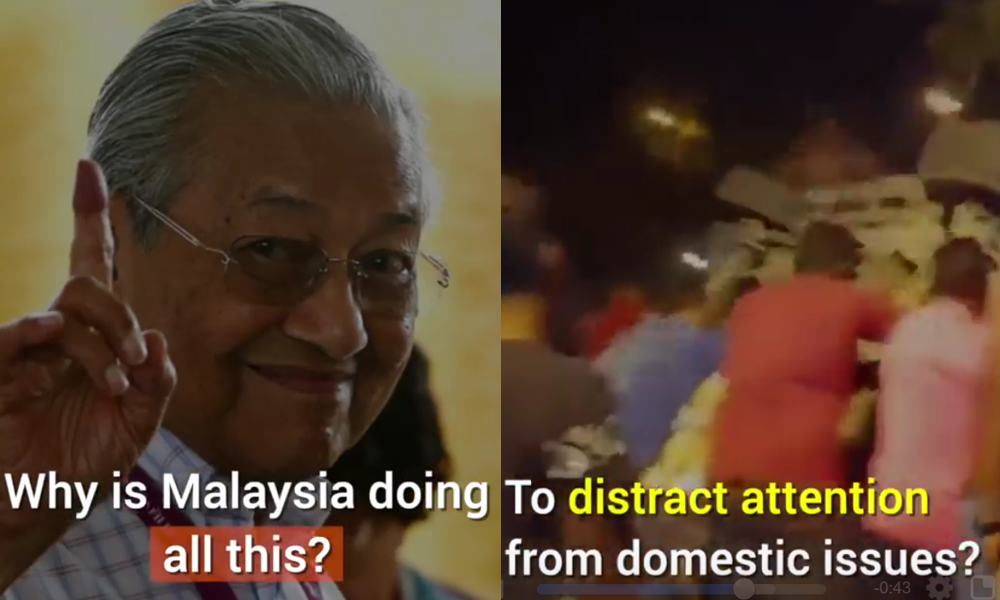 RONALD LEE: The hottest issue of the day (in Singapore at least) is the maritime dispute with Malaysia over port boundaries. Speaker of Parliament Tan Chuan-Jin even posted a seemingly patriotic video on his Facebook page, questioning whether the new Malaysian government is stirring trouble with Singapore to distract Malaysians from domestic problems.

The question for our dear Speaker now is – who’s the one stirring a storm in a tea cup?

Up north, there is hardly any mention of any maritime dispute in the Malaysian press, whether state media or alternative news websites. Just scroll through the New Straits Times, Bernama, Malay Mail, Malaysiakini, and even Free Malaysia Today. Or, just scan all Malaysian papers across the past 2 week. No one across the Causeway seems to give two hoots about this issue. The Malaysian government has been, in all fairness, diplomatic in its communications, preferring a non-confrontational approach.

On the Singapore side, it’s war – a battle between state media agencies to see who can up the stakes when it comes to sensationalising the issue. Our Transport Minister has issued factual statements, our Defence Minister has sternly threatened confrontation, and other PAP MPs have come out in a full show of nationalistic force.

The so-called PAP “internet brigade” has to stoop to spreading one lone article in an Indonesian newspaper to show the maritime dispute has “exploded” on the international stage, with Singapore (as usual) being the white knight defending its turf.

And, if said stirring of discontent is aimed at distracting from domestic problems, then which side of the border is more guilty of playing the nationalism card for its own ends? Just like Malaysia, Singapore is in the midst of a leadership “transition”. However, unlike Malaysia (which has already voted in its new government), that transition is not guaranteed in the face of rising public discontent over bread and butter issues, a perceived “persecution” of dissent, and rising support for the opposition.

Singapore could have left things in the hands of our Foreign Minister, Dr Vivian Balakrishnan, to sort out affairs. After all, Foreign Ministers are best seen and not heard. But we didn’t. You just have to scan the comments online to see how many are eager to take arms against a neighbour we should never go to war with. Is this what the government wants?

The whole confrontational stance adopted by Singapore has only served to cause further division in our island nation. It has further stoked xenophobic tensions, in addition to other issues played up by the government such as the division between the elite and non-elite, high-income earners and low-income earners (we’re mostly mediocre lah), the haves and have-nots.

Mr Tan says that it is “important to understand what is happening and why” because “we want to remain good neighbours because it makes sense for both countries”.