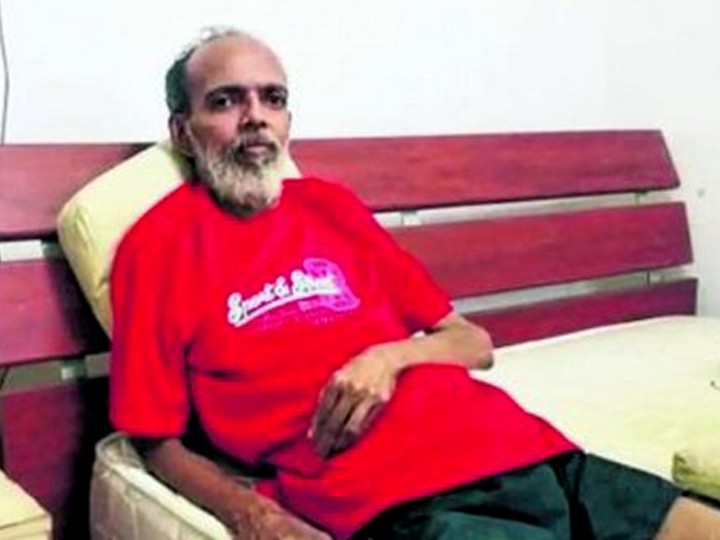 He had gone to the Philippines to live with a maid he fell in love with.

But after close to a year, this Singaporean man became so poor he couldn’t afford a flight ticket home.

It was only with the help of friends that 56-year-old Joey Kurian managed to afford a ticket last month.

He had sent them a distress email when he chanced upon an internet café.

In December 2014, they moved to the Philippines because he couldn’t bear to see her slogging away as a maid.

From what he had managed to take out of his CPF account, his small amount of savings, and income from renting out his 3-room HDB flat, Kurian and Jocelyn stayed in a city in the Philippines.

But the money soon ran out and they moved to live with her parents in a village.

The two had planned to get married, Kurian said, but in order to make ends meet, Jocelyn went back to Singapore to work as a maid again.

This time, according to Kurian, she broke up with him after meeting an ang moh dude.

Jocelyn, however, says that she had already broken up with Kurian when she left to work again Singapore.

She said that he treated her in a derogatory manner, and was quite a spendthrift:

“He liked to drink and smoke and often taunted me before my family. He also liked to splurge, eating often in restaurants, and I followed him.”

She said that while Kurian bought her many gifts before their relationship turned sour, she had to sell them to raise money to pay for their lifestyle.

She also claimed that she remitted part of her pay to him in the first four months she was back in Singapore.

Kurian, who has had two failed marriages in the past, has accused Jocelyn of telling lies and shaming him.

He is now a destitute living hand-to-mouth and is bitter about the failed love affair.