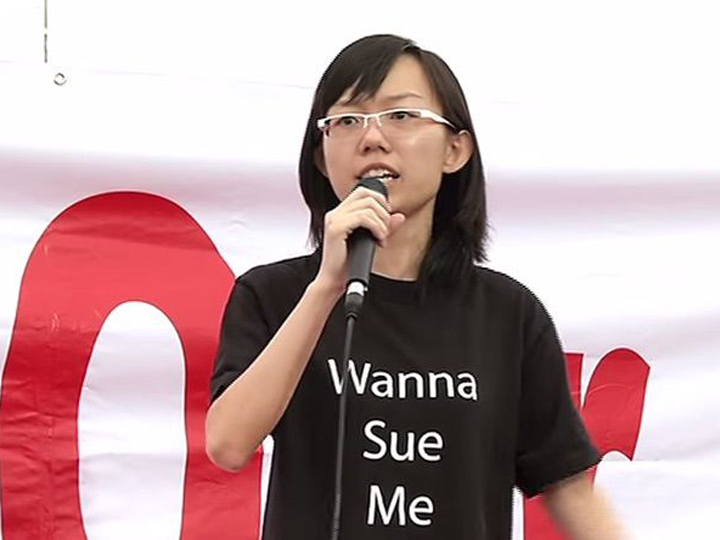 This was reported by fellow socio-political activist Leong Sze Hian.

Leong didn’t disclose which country Han was off to, preferring to describe her as “the bravest girl I have met”.

Han, who hails from Malaysia, became a Singapore citizen in 2010.

A divisive figure known for participating in various political protests, she contested in Radin Mas SMC as an independent candidate in the General Election 2015.

She was arrested in 2015 after supposedly being part of a Return My CPF protest group that bullied mentally-handicapped children.

Han had previously accused the police and Singapore Prison Service of mistreating her during her detention, but the Ministry of Home Affairs dismissed her allegations as “baseless and false”.