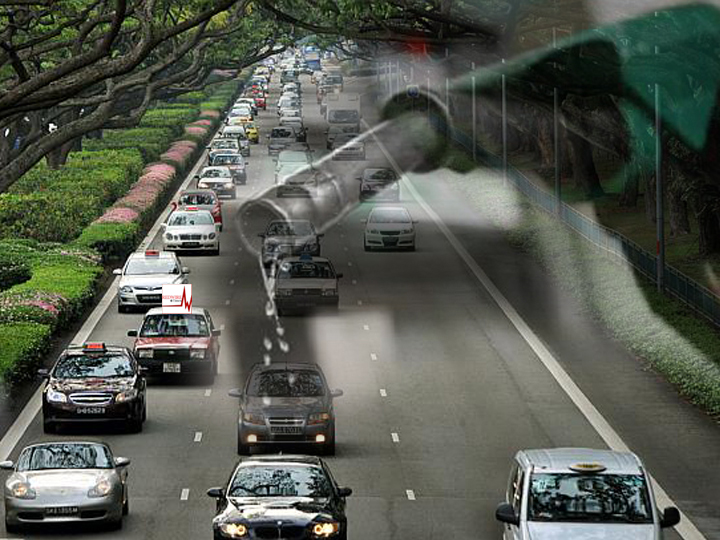 A comment I made regarding petrol (gas, to our US friens) pump price was republished for a wider audience at tremeritus.com. It’s a real concern and adds to the bigger picture of a government out of control with its guiding philosophy of ‘what’s wrong with collecting more money’ from citizens.

“Crude oil price dropped by nearly 50% and our pump price dropped just under 8% because petrol stations are leased out to pump operators on a 30 years lease by HDB at a staggering over $80 million for a small plot.”

May I give a perspective that is even worse for Singaporeans to fathom than what the writer implies.

Firstly, on the face of it, the inference of a disproportionately lower decrease in pump price (8%) vs the crude oil price (50%) appears to be due to the high lease rate that pump operators paid to the govt.

But is the high lease to blame – and solely to blame?

The answer is an emphatic NO!!!

Very simply, when a pump operator signed the contract for the lease, the rent becomes a sunken or fixed cost. This cost would then already be priced into the initial retail price after taking into consideration the total fixed, variable and ops costs PLUS the minimum profit margin that the HQ has set to meet overall corporate profitability.

That is to say, ALL the lease cost payable has already been PRICED IN at the initial retail price level.

Since the cost of the crude oil is a ‘Variable Cost’ (VC) as part of the Total Cost (TC), any VC movement (up or down) does not affect the Total Cost in direct percentage or proportion but only relatively. That is to say that a 10% VC movement does not mean a 10% change in TC but lower.

Hence, there is and cannot be a 50% lower price in M’sia.

That leads us to the second point. And the question is, ‘Why does a 50% drop at the crude level result in only a miserly 8% at the pump?’

Is it possible that the VC, in the case with petrol, makes up only a very, very small proportion of the total cost?

– Let’s say the VC is only a small part of the TC.
If so, then the pump operator can then reasonably plead that most of the cost are fixed ones, mainly lease cost. Now, if that is so, then not only are we not able to enjoy the ups and downs of market price forces fairly, we have been always paying thru our nose day-in, day-out. No thanks to the govt’s land policy.

– Next, what if the VC is NOT a small part of the TC?
Here’s the killer part, it then means that the operator are pocketing some extra-ordinary profit margins!!! That means that if a 10% decrease in crude price allows for, say, 4% decrease at the pump WHILE MAINTAINING the ordinary “x” profit margin, the operator only gives a 2% discount and pockets the difference.

If that is the case, then the situation is far, far worse than what we complain about.

IT MEANS THAT, IN EFFECT AND PRACTICE, BUSINESSES IN SG ARE OPERATING WITH GREED AS CREED. THEY CAN SCREW S’POREANS FOR ALL THEY WANT – no problem there since the govt has set the e.g…likewise, Temasek via all the GLCs. Now u know why no minister says anything abt it?

Houston, we have MORE than a problem.
It’s sanctioned robbery by the govt.

This commentary was written by 2cents and first published on 2econdsight.