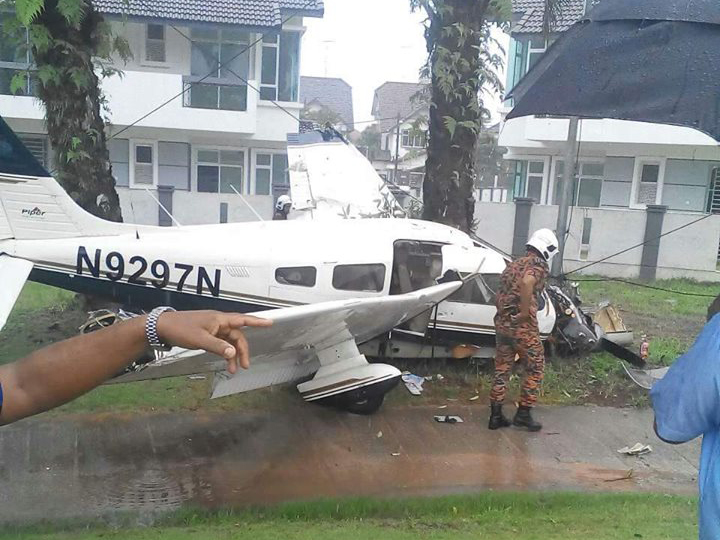 A light aircraft from Singapore was forced into a crash-landing this afternoon in Johor Bahru.

The single-pilot airplane, a Piper Warrior PA28, made an emergency landing near to a golf course in the district of Kulai.

After the landing, the pilot hit the brakes to stop the plane from moving forward.

However, the brakes didn’t work and the plane smashed right into a tree.

The pilot has been sent to hospital for medical treatment.

The pilot is reportedly a trainee pilot who took off from the nearby Senai International Airport. 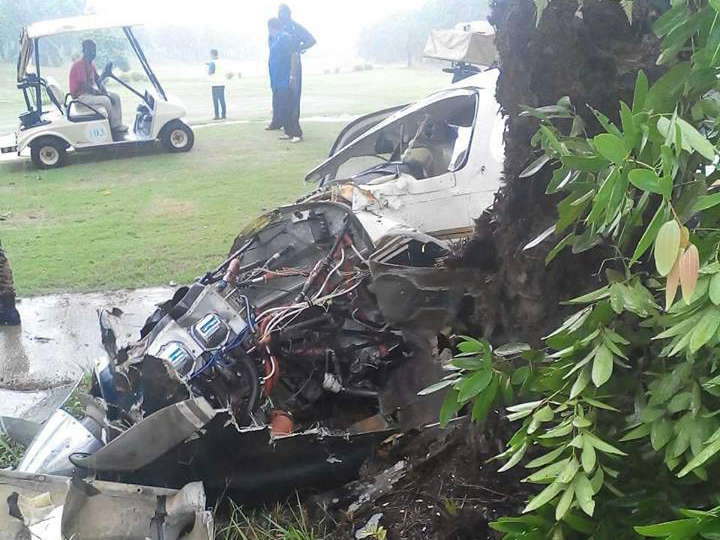 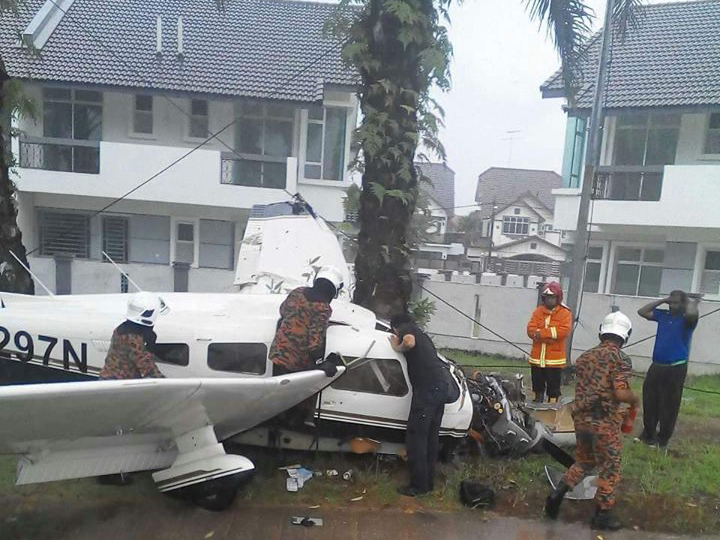 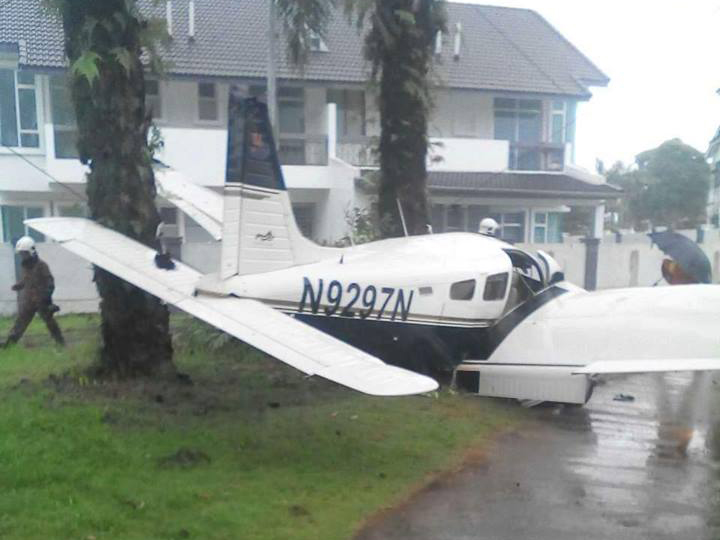