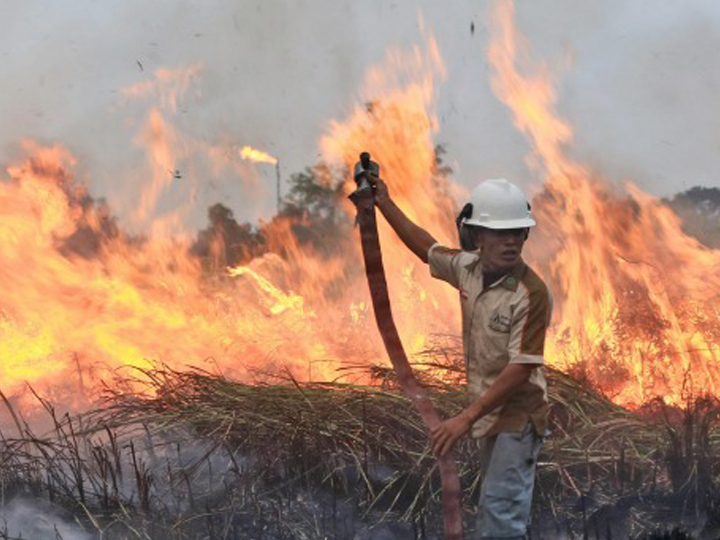 Singapore has launched legal action that could lead to large fines against Indonesian companies blamed for farm and plantation fires that have gave rise to the haze problem.

It’s understood that Asia Pulp and Paper, one of the largest paper producers in the world, has a subsidiary office in Singapore.

APP, part of Indonesia’s Sinar Mas conglomerate, is one of the world’s largest pulp and paper groups and publicly upholds “sustainability” and forest conservation as core principles.

Under the Transboundary Haze Pollution Act, enacted in 2014, Singapore can impose a fine of nearly S$100,000 for each day that a local or foreign company contributes to unhealthy levels of haze pollution in Singapore.

That fine can rise to a maximum total of S$1.95 million.

Indonesian Vice-President Jusof Kalla insists that Indonesia has contributed to clean air in the Southeast Asia region and should not receive flak for a month of haze.

APP ays its firefighting teams are working frenetically to manage the forest fires.

The firm says it is coordinating with the relevant parties the appropriate responses to the NEA.