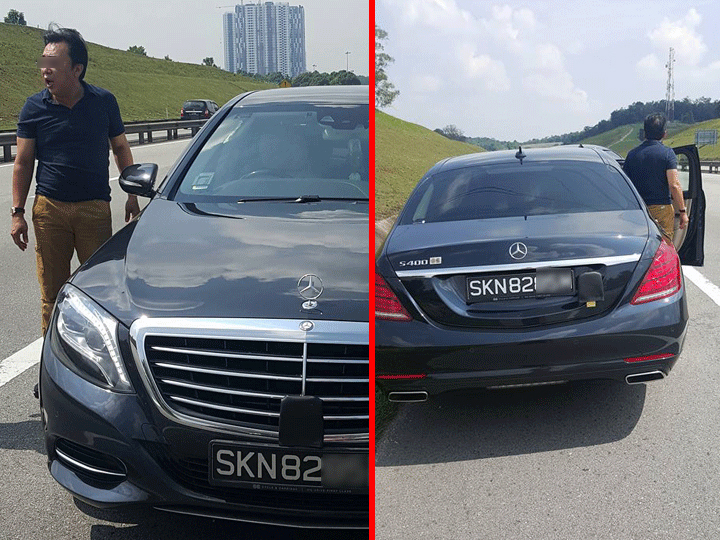 Yeah, he’s the man who was accused of causing an accident in Malaysia in which at least 4 cars were involved.

This, after he abruptly switched lanes without signalling near a toll plaza.

The driver was also accused of behaving like a hooligan and telling those who who confronted him that he was pals with the Johor police and that he knew the law.

He has since been arrested.

12 of those were for speeding and 1 was for using the emergency lane.