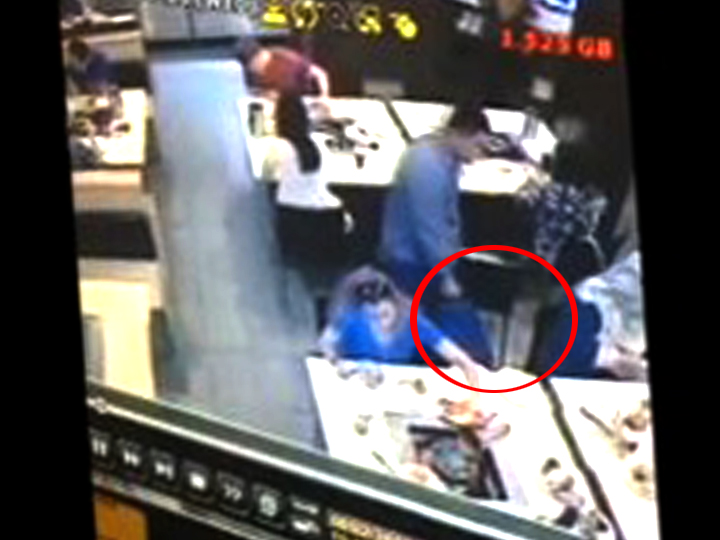 Don’t leave your belongings unattended, especially for you guys who like to put your handphone on the table when having lunch because leaving it in your jeans pocket is damn gao wei.

This Singaporean lady had her bag stolen from right under her nose while she was eating at the Seoul Garden outlet in Johor Bahru’s City Square Mall.

The incident took place yesterday at around 1.10pm.

“My bag contained my passport, a Samsung Note 5 phone, RM400, S$50 and my house keys. But now everything is gone.”

CCTV footage of the incident showed a man who appeared to be talking on the phone walking behind her while she was having her meal.

He then brushed his fingers against her bag which was on the chair next to her.

Sensing that she didn’t know when he was brushing against his bag, the man later just picked up the whole bag and calmly walked away.

“I took a video of the CCTV footage to show the police and have made a police report, after spending two to three hours at the police station in Malaysia.”

She also lodged a police report upon returning to Singapore.

So, keep watch on your belongings at all times, whether it’s at Joo Chiat or Johor.

It’s better to be safe, not sorry.