A Singaporean Chinese parent who refused to let her be taught by an Indian tuition teacher got the broom treatment from the head of the tuition centre.

The incident took place last month at a tuition centre in the central part of Singapore, according to Nhita.

“My sister is a full-time tutor and recently a Singaporean Chinese student’s parent complained to the head of the tuition centre that she did not want her child being taught by an Indian.

The parent was apparently referring to another tutor, a well-qualified Indian lady who taught her child Science and Math.

According to the tutor, this cunt of a kid took out his/her body spray and started spraying it in the classroom complaining that it was “smelly because of the Indian”.

My sister is good friends with this fellow Indian tutor and this may sound stupid but she can legitimately assure me that she does not have B.O or anything that would justify this cheebai of a kid’s reaction.”

The parents then spoke to the head of the tuition centre, a Chinese man in his 30s, in an attempt to get rid of the Indian tuition teacher.

But, according to Nhita, this happened instead:

“The parent brought this up to the head of the tuition centre, whom is also Chinese, thinking that he would understand and agree. Yknow like it’s some sort of we same same race so ni bang wo, wo bang ni type (“you help me, I help you”) of shit.

The head of the tuition centre then proceeded to chase this racist Chinese mum and her kid out of the centre with a broom and telling them he never wants to see them step in his tuition centre ever again.”

Nhita related this story to highlight the racist attitudes some in our society hold, and encourage Singaporeans to teach their kids the right thing so as to fight racial discrimination. 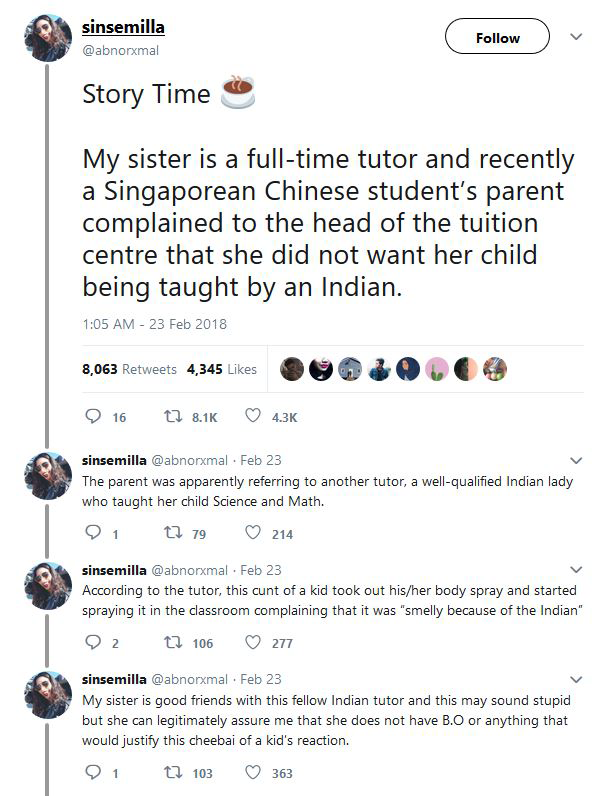 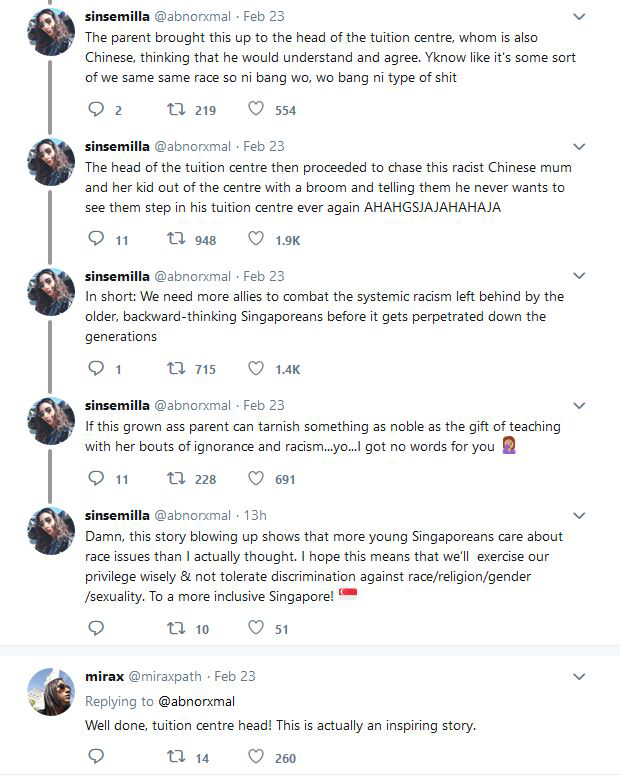