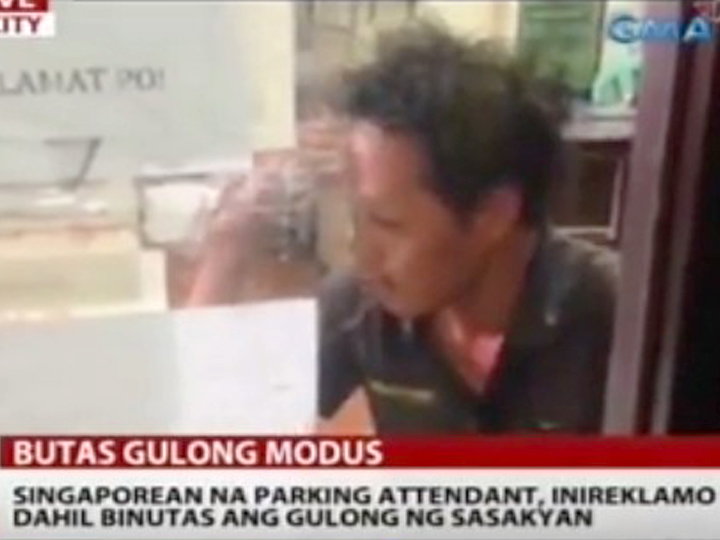 Tipped over the edge because his victims weren’t tipping him well enough, this Singaporean uncle in the Philippines has apparently been puncturing the tyres of several cars at a government building car park where he worked as a parking attendant!

Andrei Ong was detained after he punctured the tyre of a female driver, in the latest incident at a local government office in Quezon City last Thurs (19 Nov).

The 44-year-old was let off with a stern warning by the local government, after the driver decided not to press charges against him. 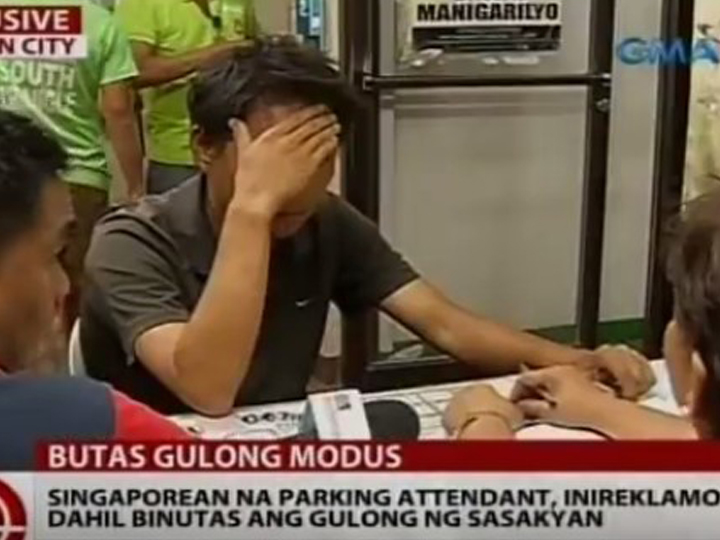 A co-worker has accused Ong of pulling the same trick on several occasions.

The co-worker said that Ong would use a pin to puncture his victims’ car tyres if they didn’t give him a good tip.

Ong has reportedly been staying in the Philippines for the past 7 years after his passport and other documents were stolen.