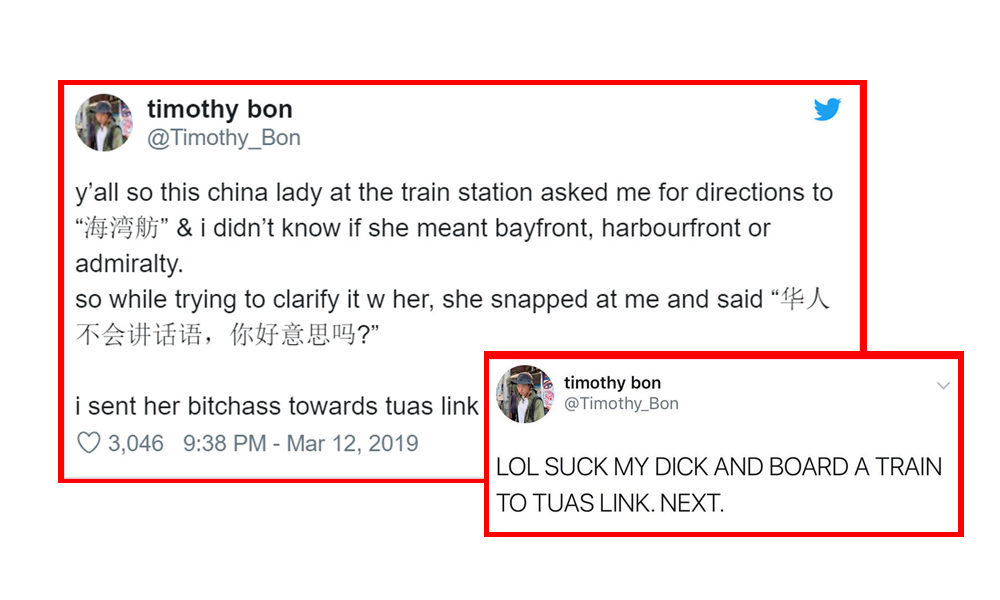 Translated to Singlish: “Chinese don’t know how to speak Chinese, you not embarrassed ah?”

According to Timothy Bon, a Chinese tourist rebuked him using that line because he was taking too long trying to figure out where she wanted to go when she stopped to ask him for directions,

Feeling insulted by her remark, he said:

“I sent her bitch-ass towards Tuas Link.”

Timothy’s tweet about the incident has since received 3500 likes.