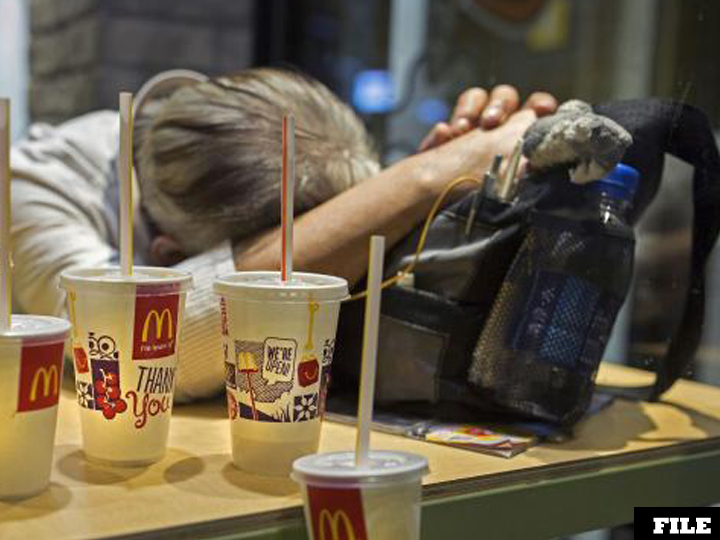 The 60-year-old is too ashamed to return to Singapore because she doesn’t want to lose face in front of her friends.

Seow says she was conned of her savings by China nationals whom she befriended in church.

They even persuaded her to sell her house and car to invest money with them back in China.

So she travelled to the mainland with them, and squandered all of her savings in the next 5 years.

Seow has accused those friends of swindling her.

In a report by the Associated Press, Seow is now working as a “parallel trader”.

She carries diapers, baby formula, chocolate and other branded goods from Hong Kong to China.

This enables her to earn some money for daily expenses.

Before she started sleeping in MacDonald’s, Seow would sleep in parks.

She says that she still feels embarrassed sometimes when sleeping in the fast food outlet.

“Sometimes I’m quite sleepy and I don’t feel shy about sleeping here,” she said. “But sometimes I’m not sleepy and I feel quite shy. And I also ask myself why I have to end up in this way.”

Seow is part of the increasing number of people in Hong Kong who have been found sleeping in MacDonald’s restaurants.

The issue of homelessness there erupted after a 56-yearold woman who was sleeping in one of the restaurants was found dead in recent months.

She was discovered slumped over her table in a sleeping position.