The 2 Singaporeans who went missing at Gunung Pulai have been found after a search and rescue operation that lasted over 60 hours.

Johor police say that the pair, Dominick Tan and Clarice Lum Jie, were spotted at about 11.20am today by a helicopter at Ulu Choh Pontian, which is near a lake.

A boat was then deployed to pick them up.

Tan and Lum suffered minor injuries and were sent to Hospital Pontian.

They had reportedly not eaten or drunk water for days. 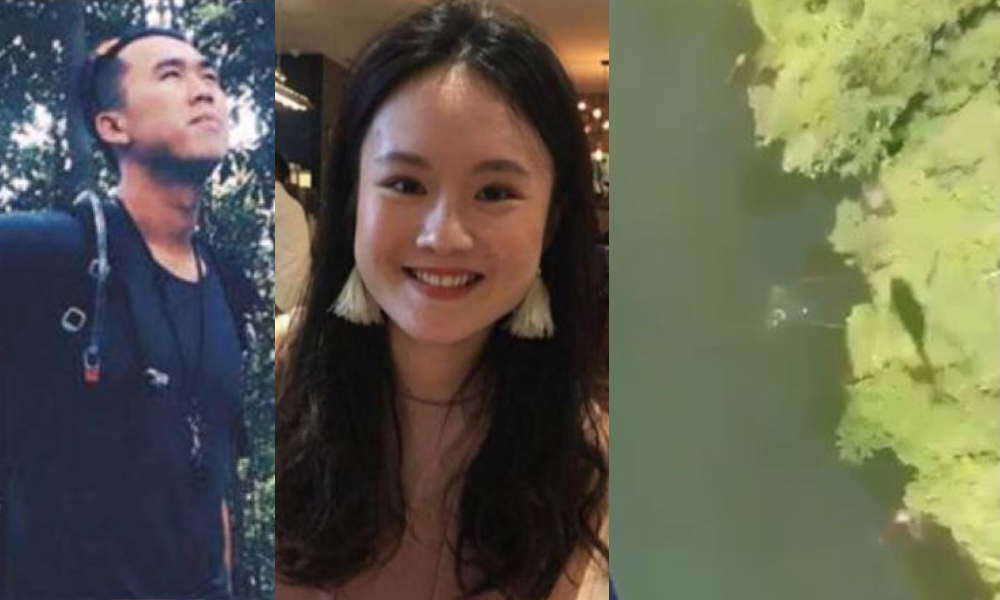 In an earlier phone call to authorities, Tan said that he was near a river:

“Now what I’m seeing right, I describe to you. I am somewhere facing the river, but this river cannot go to below one, because this is quite high. This side of the ‘bukit’ is only one way, facing the river. The river water only can go, man cannot go.”

Tan and Lum had arrived at Gunung Pulai, in Johor’s Kulai district, on Monday.

They were last seen entering the forest reserve area in the afternoon.

Johor police chief Mohd Khalil Kader Mohd had said in a media briefing yesterday that it has never taken this long to find anyone reported missing in the Gunung Pulai Forest Reserve.

He said that the pair could have lost their way because they went off-track and did not use a route usually taken by climbers.