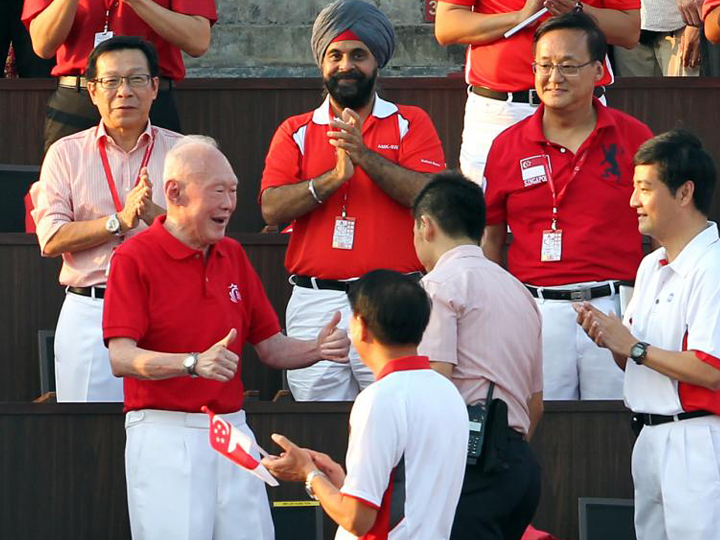 Singaporeans have been fooled by the PAP for five decades. We have mistakenly thought a blank cheque given to the PAP was to govern; instead, the government has been using its power to profit from citizens’ misery.

Fortunately, younger Singaporeans are more educated and internet savvy and have access to factual information vs only state propaganda in our mainstream media available to their parents. But even without the internet, one should be able to see the shocking number of older and elderly citizens in low-wage jobs. PAP has forgotten an ordinary human being needs rest after working for decades.

What our CPF system does is to give the PAP total control to ru(i)n our lives, as is evidenced by the frequent tweaking to generate pseudo GDP growth ie increase real estate prices in tandem with a population increase.

Strangely, the PAP has still not understood the price it will have to pay at the next election. No PAP politician has deviated from its grand retirement plan for ordinary citizens and they have continued to insist on helping us (Silver Housing Bonus) to monetise our leased HDB flat by downgrading.

1 A child lives with his parents until he decides to move out. Since private property is out of reach, he has to settle for public housing which is of course under PAP’s control.

2. 64% of our CPF contribution (23% OA of total 36%) is channeled to pay for the bloody-expensive public roof over our head. After paying off installments for 30 years, little has been invested and therefore there will be little for retirement. No need to be a rocket scientist to understand this but somehow all our PAP scholars failed their Math?

3 At retirement, a majority of CPF members are unable to retire. But the PAP has assumed this is really not a problem and is more than willing to ‘assist’. It then sticks to its plan hatched decades ago and inform retirees to be self reliant and responsible by DOWNGRADING our homes.

Be mindful of the danger with such PAP ‘planning’ because retirement funding must not be conditional upon the property market on a national scale.

PAP apologists will be heard screaming “if cannot afford then buy a smaller flat lor”. But why must affordability mean buying a much smaller home than the previous generation? Is this PAP’s definition of a wealthy country?

As long as the PAP wields total power, PAP will implement its retirement plan to fix ordinary citizens. By accepting our lot as dictated by the PAP, we will be treated as economic digits. It is also likely the PAP will further delay/reduce CPF payout with its famous tweaks.

PAP politicians are of course not bothered. Why should they? Look at ex MND minister who screwed up big time on housing. After retirement, he became a big time investor owning some $28 million worth of shares in GSH Corporation and simultaneously receiving his MP allowance without shame. Aren’t others as shameless?

Ordinary Singaporeans don’t realise we have the right to a dignified retirement and not one dictated by the PAP. If not, PAP should not be receiving its million-dollar salary.

Older Singaporeans have been fooled by the PAP. Hopefully, the younger generation will be much wiser and not vote to get their retirement ‘fixed’ by the PAP.

This commentary was written by Phillip Ang.
Send us your commentaries at mail@redwiretimes.com