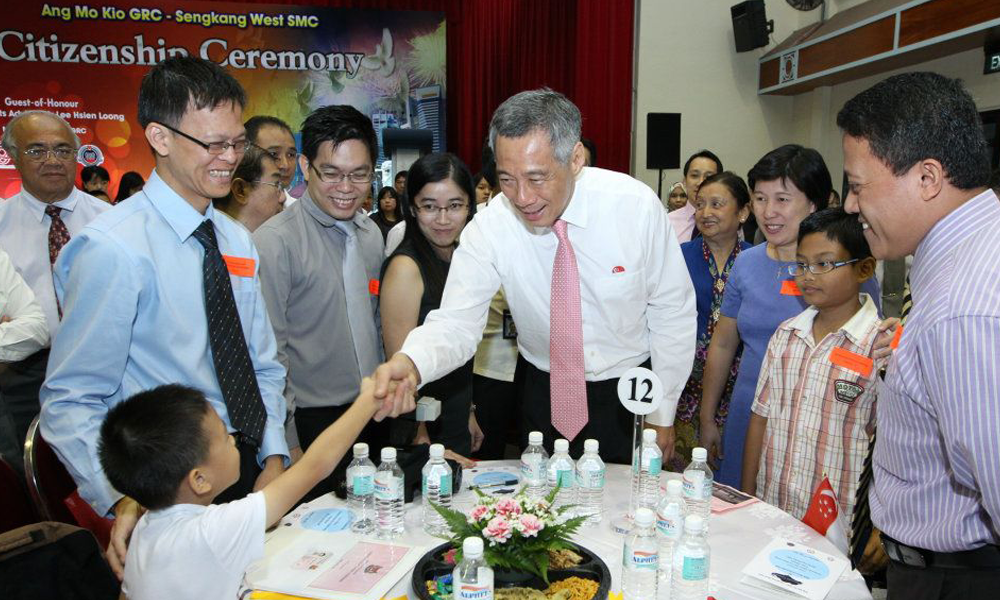 They’ve families and children born and raised in Singapore, so why aren’t their spouses granted citizenship, or even permanent residency status?

That’s the question that many angry Singaporeans who married foreign spouses are asking.

The thorny issue has once again reared its ugly head after the annual National Citizenship Ceremony on Saturday (31 Aug), in which Prime Minister Lee Hsien Loong granted citizenship certificates to 149 people.

For Singaporean Rafee Paparep, his mother who has stayed in Singapore for over 50 years still retains only a PR status.

He believes its because she’s a housewife and does not earn income.

“My dad married my mum – a Malaysian. Lived in Spore for 53 yrs. I’m 51 years old born here. But my mum is still a PR till today. Reason she not working and did not contribute CPF.”

Another Singaporean, Jacquita Gonzales, is puzzled as to why her son’s PR application got rejected.

“I’m puzzled too as to how my application for my son’s PR got rejected based on “merit”. What merit? He is 19 and willing to go into NS. I, his mother, was born, raised, studied n worked in Singapore and holding an original Singapore IC and passport till today although I married a Malaysian. This is not fair.”

“I have a Singaporean Malay friend that has an Indonesian wife who bore him 4 children in Singapore and she’s still not granted PR. She’s given a long-term pass that has to be renewed every 4-6 years. My question is 1) is it because he’s poor? 2) is it the govt expect the wife to be changed every 4-6 years?”

Kin Wan added that his friend was allegedly told by his MP, whom he visited several times, that her PR application was rejected because he doesn’t have a stable income.

That allegation was echoed by Auni Randhawa, who said:

“My husband’s PR application was rejected a lot of times because I wasn’t earning enough. Only after I found a stable job, was his PR approved.”

The application criteria for Singapore citizenship, and permanent residency, is sketchy at best.

Each PR application requires payment of a S$100 non-refundable deposit.