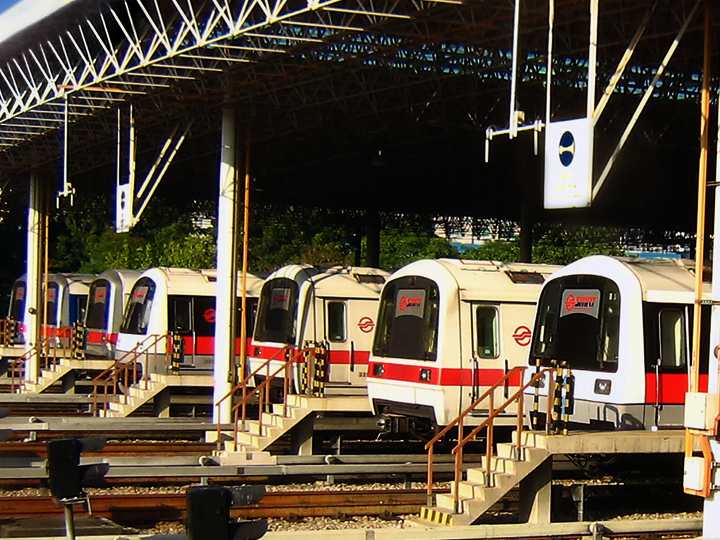 No, Desmond Kuek and his S$2million per annum pay packet didn’t cause the breakdown as many are wont to believe.

Rather, SMRT says it has narrowed down the cause to the insulation of the third rail, which in a chain-reaction caused power relays along the North-South and East-West to trip.

The relays date back to the original design of the North-South and East-West lines, which suggest that they have been unchanged since  1987 when the first trains were launched.

“Intensive, round-the-clock investigations and re-enactments of the incident point to the likelihood that the insulation of the third rail could have affected the supply of traction power which in turn, led to the tripping of the Touch Voltage Protection Relay among multiple stretches of the NSEWL.”

SMRT was initially stumped over the cause of the train network’s worst-ever breakdown (7 Jul), which saw travel for some 250,000 commuters.

Last weekend, a team from SMRT re-enacted the incident in an attempt to trace the cause of the power trips.

SMRT also approached international operators, including London Underground, to review its preliminary assessment of the incident.

The Land Transport Authority has engaged a team of independent experts from Sweden and Japan to look into the power supply infrastructure and railway trackside installations.