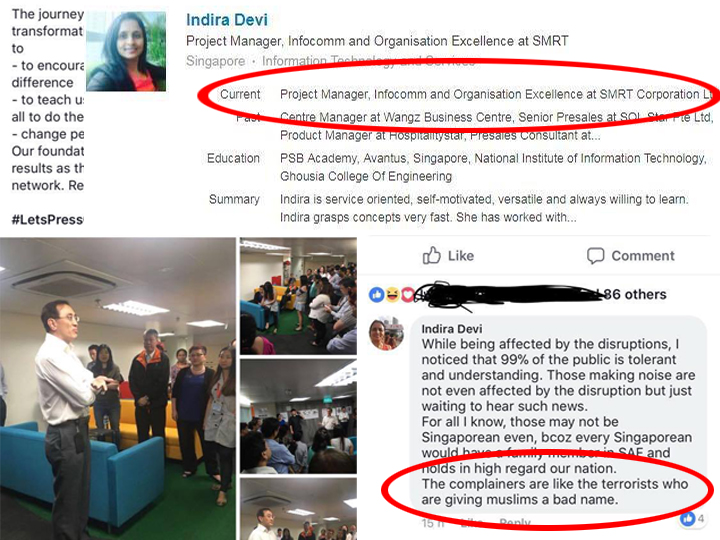 At a time when even the Prime Minister of Singapore has stepped forward and called for SMRT to pull up its socks after persistent problems with its rail operations, this SMRT project manager believes that, really, there’s nothing wrong.

But what’s gotten netizens riled up is her comparison of people who complain about train disruptions to “terrorists who are giving Muslims a bad name”.

And, Ms Devi also stoked anti-foreigner sentiments by alleging that the people complaining are likely not Singaporeans. 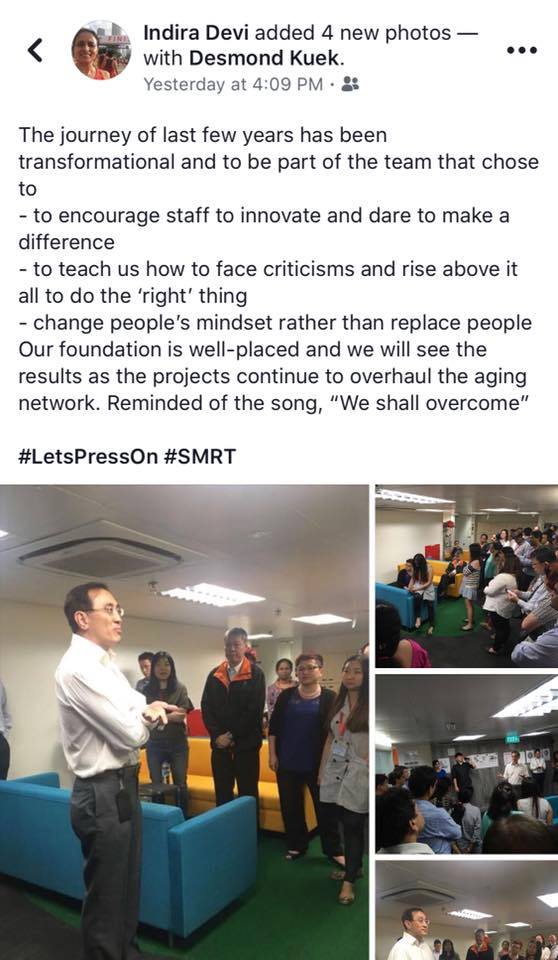 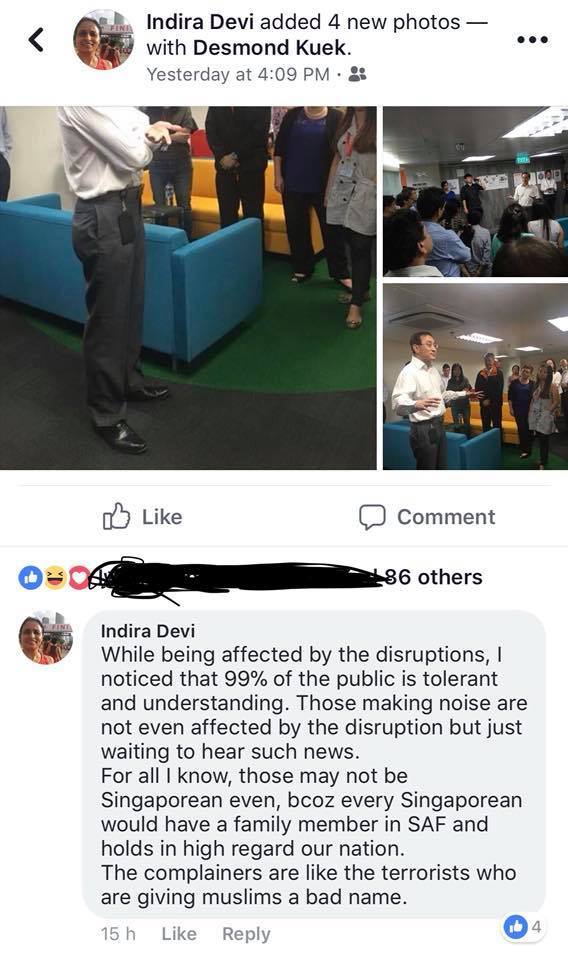 This is another public relations blow for SMRT, after the public chose to defend fake news spread about the company’s operational failings and slam the company’s official statement on the matter instead.

Naturally, netizens who have felt the brunt of record “worst-ever” disruptions in the past 5 years let rip on Ms Devi’s comments. 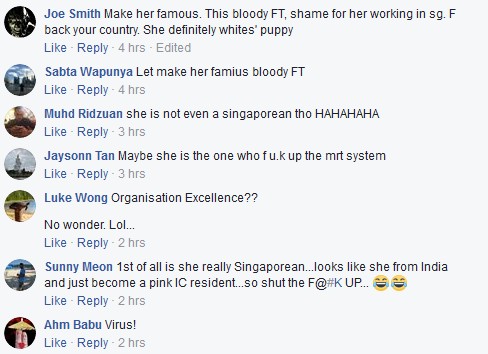 Ms Indira Devi is apparently a project manager at SMRT’s Infocomm and Orgnisation Excellence department, according to her LinkedIn profile.

She obviously paid scarce attention to the sentiment on the ground – a recent research study showed that 65 percent of Singaporeans gave the MRT system a vote of no-confidence, and only 20 percent feel that SMRT CEO Desmond Kuek shouldn’t resign.