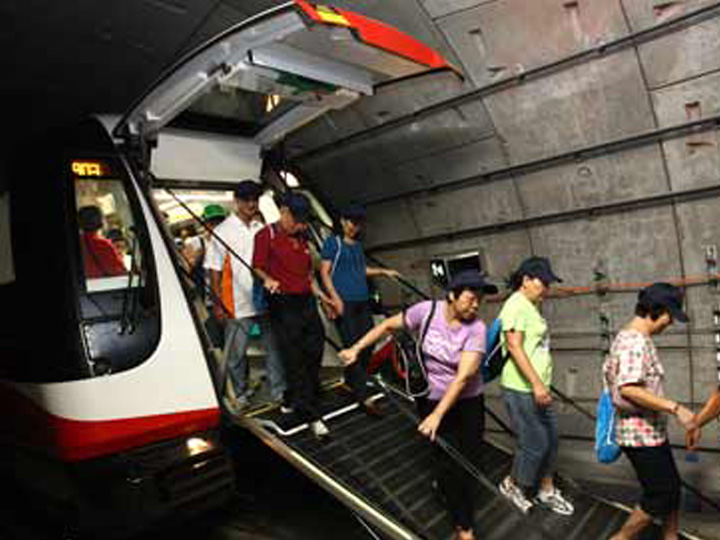 Last year in November the Public Transport Council (PTC) proposed fare increases by 6.6 per cent in 2 phases – 3.2 per cent from April this year, and 3.4 per cent from next year. In plain English, it is a done deal that the public transport operators will be fleecing the commuters again. The only outstanding question is by how much.

Transport Minister Lui Tuck Yew, acting to script in typical good-cop-bad-cop role play, “hopes the PTC will study whether it is possible to insulate vulnerable groups such as senior citizens from a fare increase.” See, the word is increase, not decrease. The writing is already on the wall. This is the Lui that doled out $1.1 billion of taxpayers’ money so the operators can buy 550 buses to collect more revenues. This is not the Lui who would contemplate subsidising the commuters by same humongous sum to spare them an extra four (bus) and six (train) cents per journey from the first installment of recommended fare hike.

A PTC spokesman reiterated that the fare review mechanism and fare adjustment formula is recommended by the Fare Review Mechanism Committee, and accepted by the Government. Lest we forget, the PTC and associated incestuous committees are staffed by government appointees who know which side of their bread is buttered.

Not a word is mentioned about how much profit has been generated by the public transport operators. In October this year, SMRT reported a $25.3 million profit for Q2 of FY2015, and a 66.5 per cent increase in operating profit from higher takings of its fare and non-fare businesses. Bus operations trimmed its operating loss of $7.4 million to a lower $1.4 million, which it said was due mainly to higher revenue collection and productivity gains. Train operations increased their operating profit by $6.6 million on the back of higher revenue and lower electricity costs. The SMRT board rewarded themselves by declaring an interim dividend of 1.5 cents per ordinary share. If the 3.2 per cent hike was so lucrative, it is unlikely their grubby little hands will let go of the 3.6 per cent hike impending. You were expecting the board to recommend a fare decrease?

Oil price, the mother of all justifications for fare hikes, has slumped by almost a third this year to below US$80 a barrel. There’s a 70 percent chance of a recession in the next 12 months, according to the median estimate of 27 economists in an October 30 survey . That’s the highest since Bloomberg started tracking the figure 2 years ago, up from 60 percent last month. That’s for us mere mortals so fret about, the recession proof public transport operators never lose sleep over details like these.

This commentary was written by Tattler.
Send us your commentaries at mail@redwiretimes.com