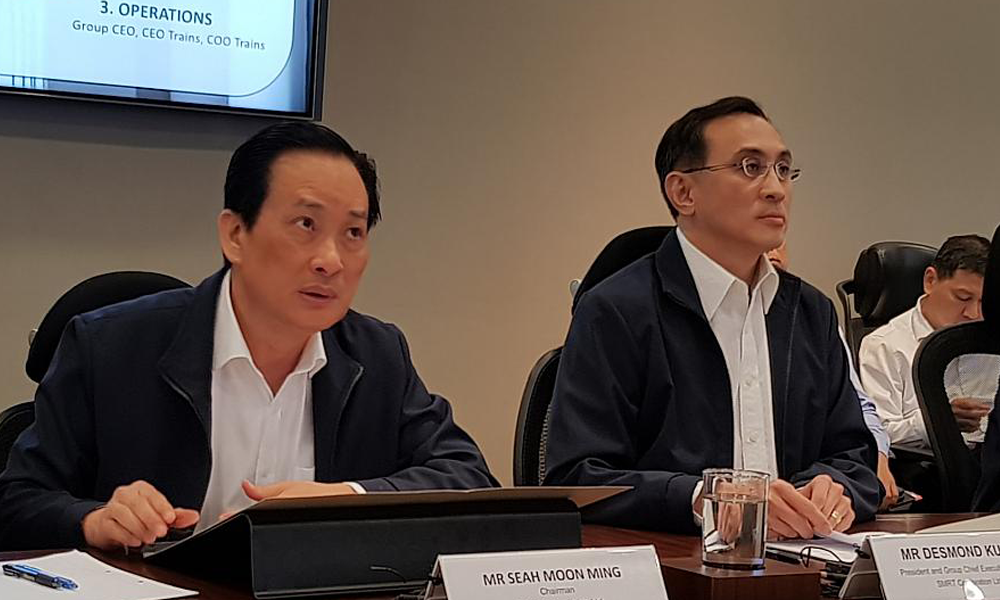 Beleaguered transport operator SMRT has declared its goal of achieving a 300 percent improvement in performance by 2020.

It is aiming for no more than one delay per month by 2020 – at least 3 times better than its current performance.

“Our goal is to reduce any delay to less than five minutes, and in the worst, ensure that it does not last longer than 30 minutes.”

SMRT had 13 such incidents last year, including signalling faults, on the North-south, East-west and Circle lines – an increase from 2016.

If delays of more than 5 minutes were included, signalling-related delays totalled more than 140 last year.

He said that “Going forward, we are gunning for zero safety breaches and zero delays of more than 30 minutes” and that the SMRT board has to “ensure that all SMRT assets are well maintained throughout their entire life cycles”.

Today’s announcement comes after SMRT declared a 70 percent drop in net profit, taking its net earnings for 2017 to a 20-year low.

Meanwhile, an independent poll by research agency Blackbox Research shows that 59 percent of Singapore residents don’t believe that SMRT’s performence will improve, and that only 20 percent want Kuek to remain as SMRT CEO.