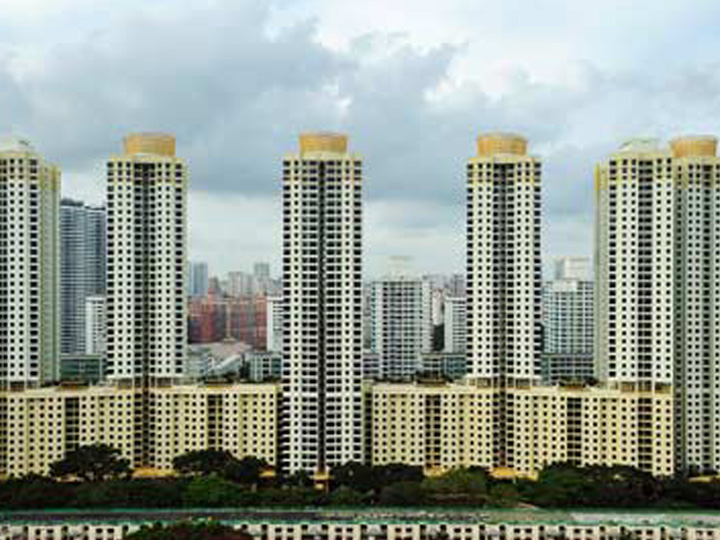 [Note: to “curry favour” means to flatter, or ingratiate”]

Going by the SMU lecture “Home prices and inequality: Singapore versus other global superstar cities” given by Professor Celia Moh, Singapore housing and by extension Singaporean household finances are better than Hong Kong, London, New York and Paris. However, the statistics and analysis are extremely skewed. Warning: This article gets a little wonkish but important.

There are several problems with this chart.

The most obvious is that the SMU has used HDB prices as the median house prices when it should use the median price for all housing types to be on par with the other cities whose housing stock is predominantly private.

Yet, the SMU has no qualms using median household income which includes those high income households which are ineligible for HDB housing.

In all 4 cities, pensions cannot be used to finance homes, therefore retirement funding are not depleted unlike Singapore.

Particularly for New York, Paris and London, the low home ownership masks a high degree of residents renting for work but owning properties outside the cities.

The SMU appears stretching the conclusion.

“Based on my estimates, the low inequality that has been achieved in the distribution of Singapore’s gross housing asset comes close to capital distribution in Piketty’s ‘ideal society’. The bottom 50 per cent owns one quarter of the gross housing wealth.”

First, since French rockstar economist Thomas Picketty is invoked, it should be understood his conclusion in “Capital in the 21st Century” that the ratio of capital to income, thus wealth disparity had returned to the 19th century had been found to be flawed, particularly in the way capital is measured in national income among other errors. (http://www.voxeu.org/article/housing-capital-and-piketty-s-analysis, an easy read).

Where the trouble really begins is that Piketty’s tenet of the accumulation of capital was found to result from pension assets and entitlements both are not drivers of inequality, followed by real estate. However, unlike all 4 cities, Singapore’ gross housing wealth is funded by a depletion of pension assets and there is a complete absence of entitlements (state pensions, etc). Therefore, the use of gross housing wealth alone to reach the conclusion of achieving Piketty’s ideal society is massively overstating the case for Singapore especially when bottom 50%’s assets are heavily weighted in their primary residence due in the depletion in CPF and personal savings whereas the top 50% has more assets beyond their primary residence .

Second. The tenure of real estate needs to be considered since physical capital such as real estate needs properly to be depreciated to estimate the long term wealth effect. With more than 80% of Singapore housing stock had their leases expire worthless, depreciation meant the wealth effect is less significant than the higher proportion of long leases and freehold property and the favourable treatment of lease renewals in the west.

Fourth. A central tenet of Piketty’s theory correctly posits those who own capital benefitted more than wage earners because the return on capital exceeds GDP growth. Since the top 50% owns more risk capital (shares, 2nd real estate) than the bottom 50%, then wealth disparity has increased beyond what is measured by the Gini coefficient especially since real estate returns far exceeds GDP growth. Further, since the most of the bottom 50%’s assets beyond their primary residence is in CPF, then the 3.7% aggregated return from CPF being below GDP growth caused even greater wealth disparity.

London, New York and Paris have strict preservation and zoning regulations, urban prevention laws, ancient laws and rights. The Economist magazine had this to say

“Over the last few decades technological changes have greatly increased the return to locating in large cities filled with skilled people. Being in such places makes workers more productive and raises the income they are able to earn. But skilled cities have not allowed housing supply to expand to meet rising demand. As a result, quite a lot of the gain from employment in productive places is captured by landowners earning rents thanks to artificial housing scarcity. This may mean lower overall productivity, more income inequality, and more income flowing to capital rather than labour.”

However, Singapore’s high prices are due not to these restrictions but to government land monopoly. Even if the SMU argued prices are still far better than the western superstar cities, there are already significant trade-offs because none of them has Singapore’s low productivity, high income inequality and low total fertility rate.

Given its unreserved praise to government policies, perhaps, the SMU lecture should be seen more as political polemic and an ode to Lee Kuan Yew.

This commentary was written by Chris K and first published on 2econdsight.
Send us your commentaries at mail@redwiretimes.com