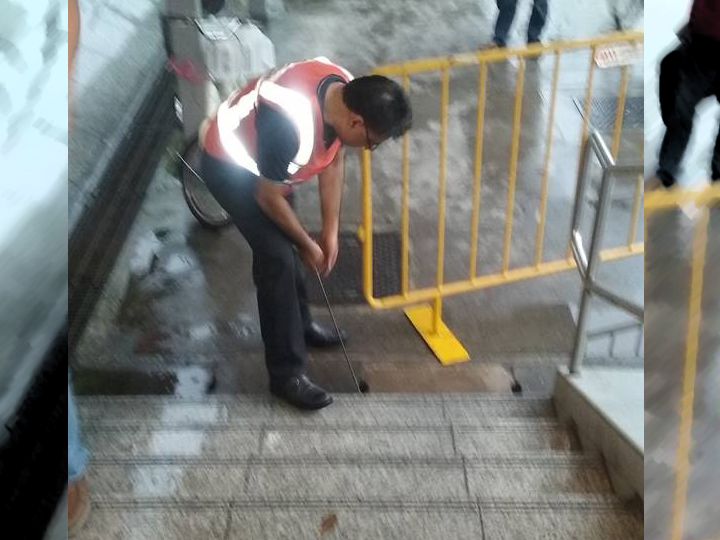 Maybe it was in a rush and didn’t want to chance a train breakdown during morning peak hour (some PSLE students should know that sinking feeling).

This snake was spotted at Lakeside MRT at about 7.15am today, looking like it had just finished a big meal.

“From the bulge under its belly, I presumed that it has just eaten its meal and was too large to fit into the smaller drain opening.”

What Robert did was to warn SMRT staff that there was a snake at the station, and he appears rather pissed that the staff let the snake ride the longkang instead.

“As a concerned passer-by, I warned the two SMRT staff not to open the drain cover and wait for the authorities to arrive at the scene. However, they explicitly ignored my warning and lifted up the cover, allowing the snake to slither inside.

By the time the authorities took note of the situation and arrived, the snake was nowhere to be found, lost in the multitude of tunnels which the drain led to. I sincerely hope that no harm will come to anyone.”

Then again, maybe pedestrians should lend wandering snakes a hand and guide them to the nearest longkang as SMRT staff did.

Besides, if really suay suay got train disruption, how to ask customer service staff to write “MC” slip? 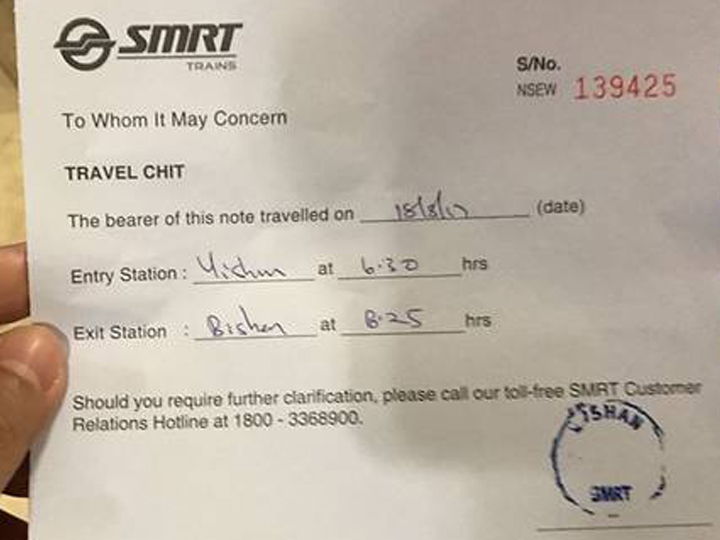