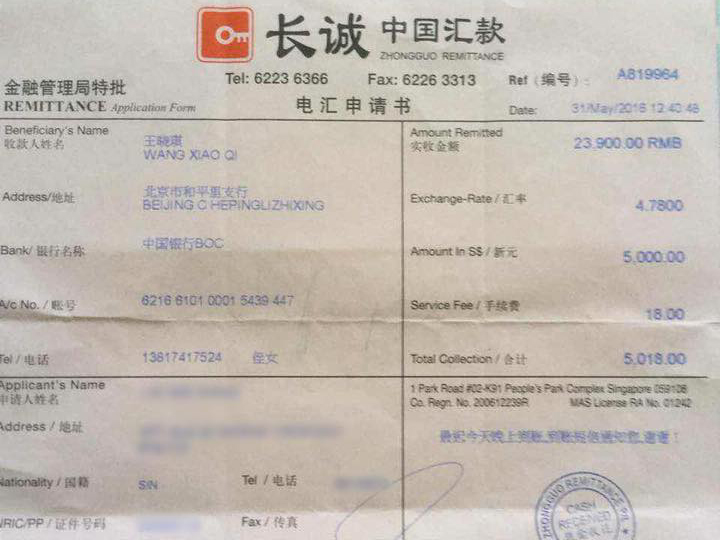 The socio-political blogger who writes for Respect Singapore has publicly aired his grievances over a scam which has taken away his mother’s life savings.

He said that the con men called his mother and lied to her that she was being investigating by police in China.

The con men then persuaded her to transfer money to one of their bank accounts or else she’ll be in trouble.

And just like that, her savings accumulated over many years was gone.

“You don’t know me, and I could not possibly know you. A few days ago, you called my mother in Singapore, lied to her that she was being investigated by the PRC police for trafficking fake credit cards and money laundering, threatening her with arrest if she did not cooperate. 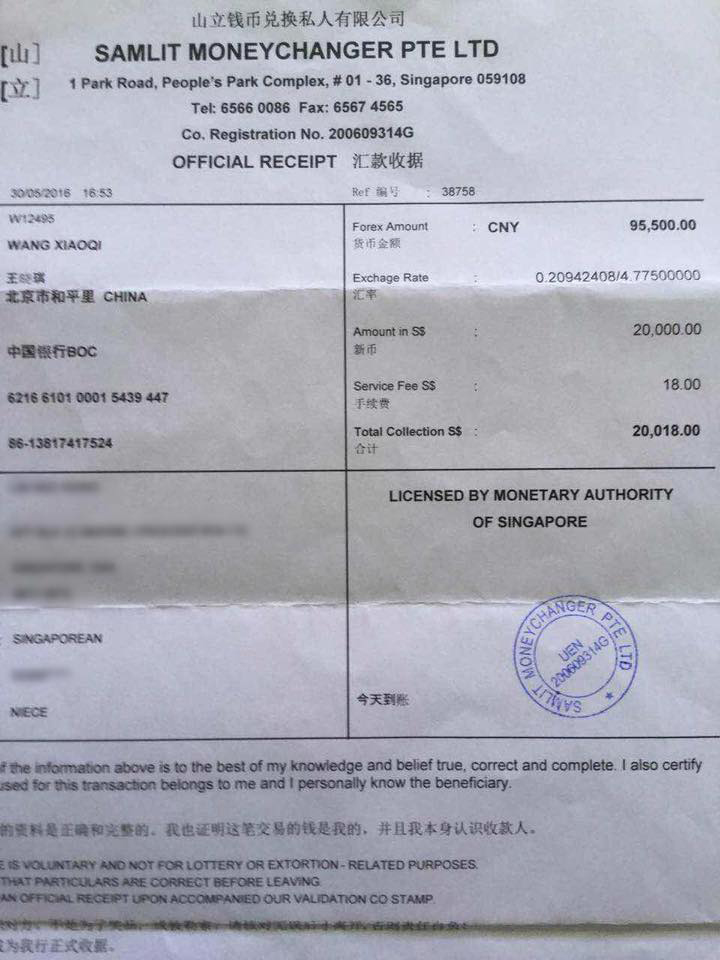 Congratulations, you succeeded. My mother, a lowly-educated retired old woman, was duped. Duped by your ludicrous lines into giving you her life savings. Savings painstakingly accumulated over a lifetime of work as a nightshift operator and convenience store cashier to support our family.

I know you are an organization. I guess “Wang Xiaoqi” is one of your misappropriated bank account names. “Bank of China, Beijing, He Ping Li branch, account number 6216610100015439447” is also one of your many transfer accounts. The mobile number “13817417524” is probably no longer in use. But I really need to ask you. Are you happy now? After cheating a retired old woman’s hard-earned life savings, are you satisfied now? Do you have parents? Do you have a conscience?” 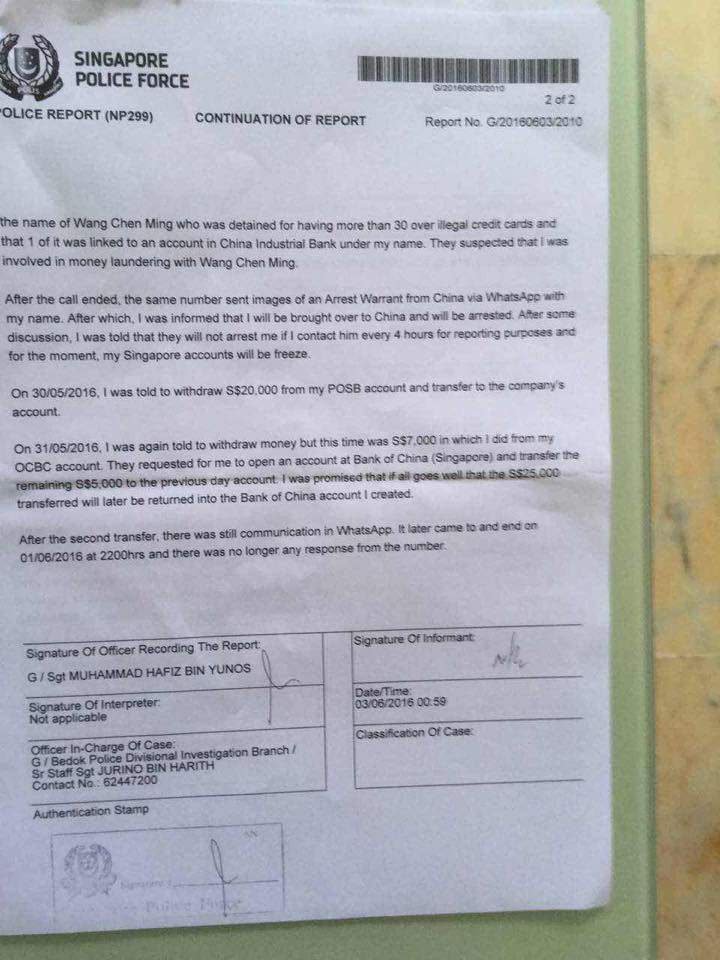 The angry son says he doesn’t believe cross-border law enforcement bodies are aggressive or effective enough to hunt down the con men, though he does hope they get their retribution somehow.

He is sharing this tale to warn others not to fall prey to such schemes.