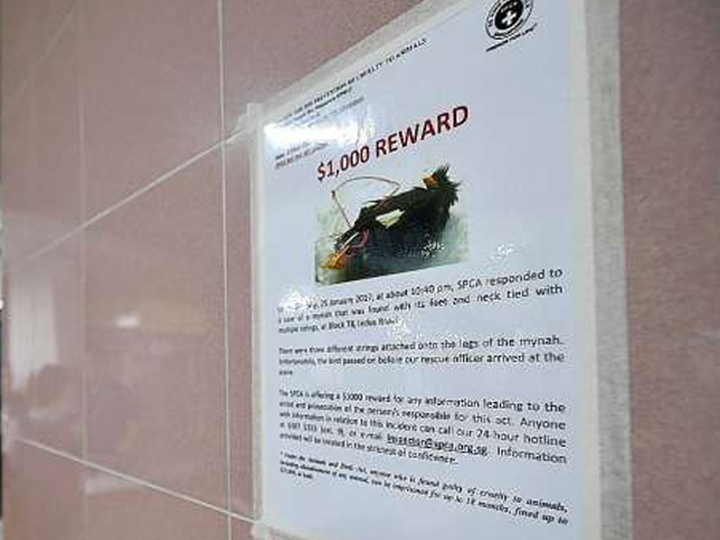 Yishun might have its cat killers, but in River Valley it’s the birds who got to keep their eyes wide open for siao langs.

One bird has been found dead and 2 others injured, after their feet and neck were tied.

The culprit used 3 different types of string to tie up each bird (maybe the siao lang watched 50 Shades of Grey one too many times and decided to test his tricks on birds).

The first bird that died from this torture was found on the ground floor of Block 78 Indus Road on 25 Jan.

On 28 Jan, another 2 dead birds were found at the men’s restroom in the nearby Delta House.

Lucky for them, they were found and freed by members of a Buddhist mediation group.

Said the SPCA, which is investigating the incidents:

“It’s not unheard of for a bird to get entangled – but three different strings makes it unlikely. One of the strings was also tied with triple knots. Because they happened in such close vicinity, our suspicion is that it is the same person or people responsible.”

The SPCA is offering a $1,000 reward for information leading to the arrest and prosecution of the culprit.