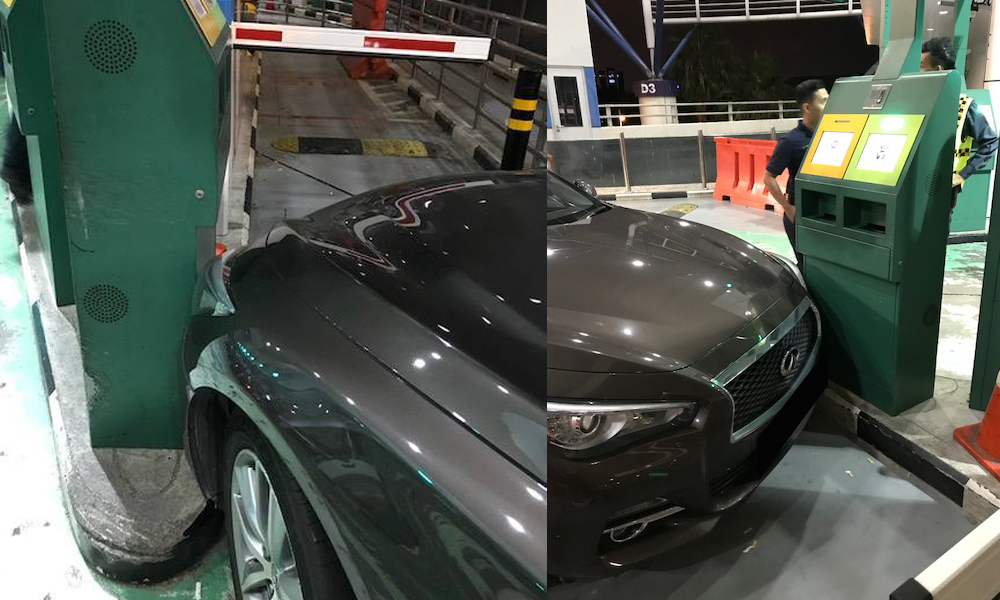 Wah lau eh, if this driver wasn’t drunk at the time of this accident, then he really must be damn sotong!

The Immigration and Checkpoints Authority of Singapore said today that the 49-year-old Singaporeans not only drove his car in the motorcycle lane at Tuas Checkpoint, but also managed to crash it into a a passport scanning kiosk.

According to ICA officers who tended to him, he reeked of alcohol.

Police were called in to deal with the situation.

“Drink-driving is a serious offence as it poses danger not only to the driver but to other road users, in this case, checkpoint users too. ICA and the Police take a serious view on such errant drivers and do not condone their irresponsible road behaviour.”