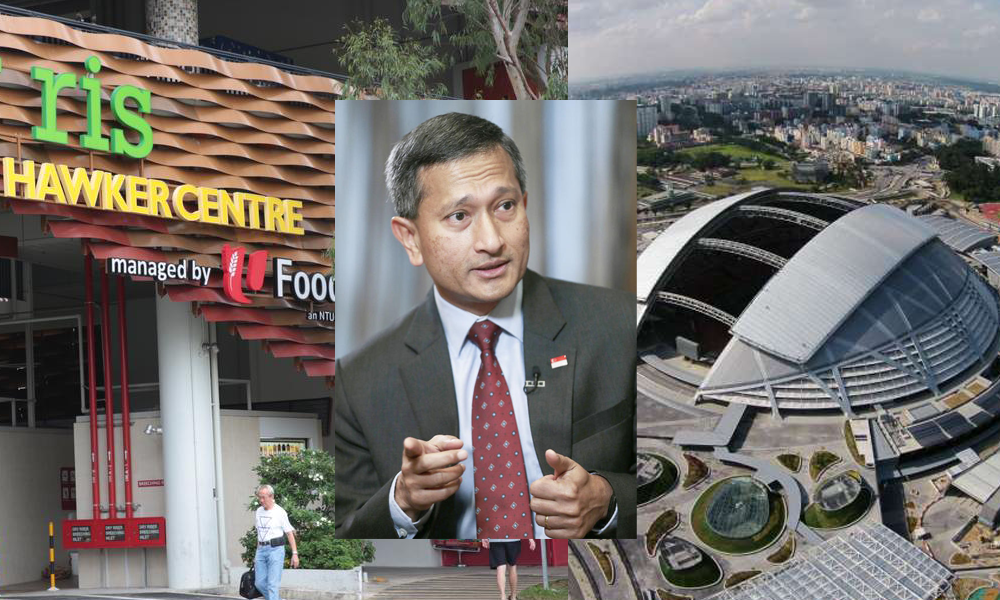 ELSON: So much time and money given, yet so little results to show for it – that’s the best I can say about the public-private partnership (PPP) forays of Dr Vivian Balakrishnan.

We’re not even going to go into Youth Olympic Games territory here, just the 2 PPPs which the former President’s Scholar has headed and how they’ve been utter flops.

Let’s look at the most recent one first – “Social Enterprise” Hawker centres (SEHCs) that have proven to be more enterprise than social.

A committee was formed (as usual, it all starts with committees) way back in 2011 to study the implementation of SEHCs.

After one year of deliberation, the committee provided their recommendations in 2012.

Operators from the private sector were then appointed to take over 7 hawker centres from the NEA and manage them as “social enterprises” from 2015.

And then the complaints came flying in fast.

Among those complaints – strong-arm tactics used on hawkers, forcing them to open late into the night or forgo their off days, forcing them to issue trays and pay tray-return fees, high fees for dishwashing and cleaning, and needing to seek operators’ approval to take off days.

Dr Balakrishnan was the Minister of Environment and Water Resources who initiated and oversaw this whole SEHC nonsense.

He has since been given somewhat a promotion to the position of Foreign Affairs Minister, leaving abang Masagos to manage the clean-up operation.

But just before SEHCs, there was… yeah, that white elephant we call the Sports Hub.

Or what I’ll call here, another of Dr Vivian’s PPP forays gone wrong.

Developed at great cost and to great fanfare, the Sports Hub was supposed to be THE best thing that happened to Singapore to the extent that our iconic national stadium was torn down just so Dr Vivian could get it up.

It was supposed to do what the national stadium could do, and more.

Commenting on the Sport Hub back in 2008, Dr Vivian said:

Today, we can barely afford hold a National Day Parade there because the last time we tried, Sports Hub management wanted to charge the government S$26 million in rent, with extra millions for rehearsals.

Things have gotten so bad that Prime Minister Lee Hsien Loong renamed the floating platform “NS Square” and designated it as a venue for future NDPs.

The floating platform was initially erected as a temporary structure.

NDP aside, millions more were pumped into the Sports Hub to replace its million-dollar grass field because the grass couldn’t grow.

The shameful grass patch even earned international scorn after the Brazilian football team condemned the pitch as an injury-buster after playing a friendly game here.

And more international embarrassment was to follow after Chinese pop star Jay Chou’s concert was marred by sound problems and a leaky roof.

The building of the Sports Hub was mooted when Dr Vivian was Minister for Community Development, Youth and Sports and Second Minister for Information, Communications and the Arts

After the recent SingHealth hacking, I’m more than a bit worried.