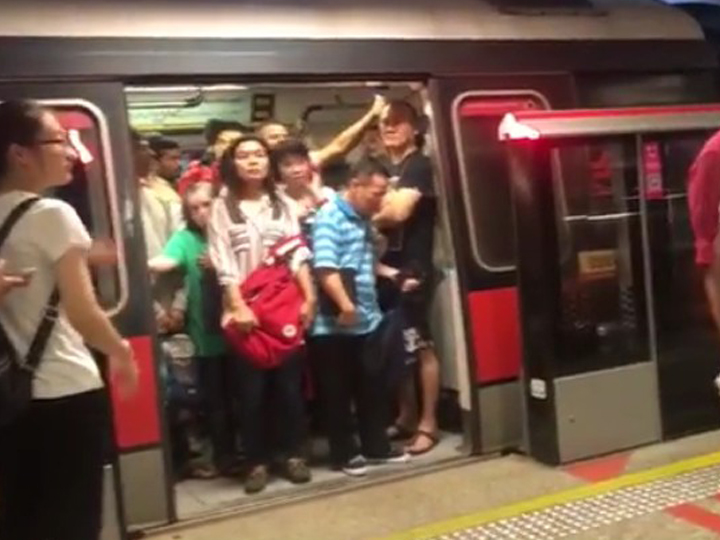 SINGAPORE PEOPLE’S PARTY: With so many disruptions and now, an accident between two trains at Joo Koon Station, the time has come for an Independent Commission of Inquiry to be proposed and set up to address the inadequacies of our train system that is now putting people’s lives at risk.

The rail system has encountered numerous disruptions since 2011, that culminated with an accident at Joo Koon Station on 15 November 2017. The accident was caused by a collision of an operating train with a stationary train. 36 passengers were injured in the accident. Initial findings for the cause of accident was due to a software “glitch” in the signalling system of the East-West Line. Investigation is still ongoing by the relevant authorities. No independent inquiry panel was formed to investigate the cause of the accident.

The Joo Koon accident was the second accident since 1993. On 5 August 1993, a similar collision occurred at Clementi Station which resulted in 156 injured passengers.

Back then, an independent inquiry panel was formed to investigate the cause of accident. The panel concluded that Clementi accident was caused by a 50-litre oil spill from a maintenance locomotive, which had been carrying out maintenance work at about 5am on the day of the accident.

A lightning strike on 20 November on trackside equipment on the East-West line also left a captain hospitalised, after he sustained injuries.

Over the last few years, the MRT system has been systematically failing and inconveniencing commuters.

In December 2011, the rail system on the North South Line and East West Line faced one of the worst disruptions in Singapore. The disruption caused massive unhappiness and inconveniences among the commuters over a period of 3 days.

A Committee of Inquiry was formed to investigate and concluded the cause of the disruption. The committee released a report which mentioned SMRT’s ‘work procedures and control mechanisms of the maintenance branches to be grossly inadequate’. The age of the system and defective rail-system parts also contributed to the disruption. In addition, the committee found some regulatory lapses by Land Transport Authority (LTA).

In 2015, up to 50 cases of disruption were recorded in which the causes of the disruptions were mostly track fault, train fault, power fault and intrusions to track.

On 22 March 2016, 2 SMRT maintenance trainees were killed after being ran over by a terminating train that was reportedly travelling at 60km/h. The group of 15 personnel were tasked to investigate a possible signalling fault near the tracks at Pasir Ris station. This accident could have been avoided by the relevant authorities had adequate safety procedures were observed.

On 25 April 2016, due to a power fault at Bouna Vista power station, train services from Joo Koon to Tiong Bahru on the East West Line, Jurong East to Woodlands on the North South Line, Caldecott to Harbourfront on the Circle Line and on Bukit Panjang LRT Line were disrupted for about two hours. Due to the fault, about 150 passengers had to evacuate the LRT trains while on the track.

In 2017, there have been about 26 cases of disruptions on the rail system. Most of the disruptions were caused by signalling faults or train delays.

On 8 October this year, there was a report of flooding in the tunnel between Bishan and Toa Payoh. An investigation concluded that a malfunctioned water pumping system had caused the flooding.

The rail system has indeed aged with time, therefore a consistent and good recording of maintenance work by the operators is very crucial.

‘Lapses’ and poor maintenance work causes disruptions and inconveniences to the commuters. Indeed, the safety of the commuters is now possibly in jeopardy too.

The Ministry of Transport must form an Independent Commission of Inquiry for the investigation into the Joo Koon accident.

Based on SMRT’s preliminary investigation, there could be more than just a software “glitch” that caused the accident. Many questions need to be answered such as the state of the stationary train before it was released for operation. As reported at the press conference, the stationary train has undergone a full trip from the depot to Pasir Ris and back to Joo Koon before a software “glitch” was detected.

It is also the responsibility of the Ministry of Transport to fully investigate rather than to rely only on the operator’s investigation as this accident resulted in injuries to 36 commuters.

The Ministry of Transport should also be more pro-active in studying the cause of all past train disruptions and rectify the problems before they get worse.

The nation’s confidence on the rail system is at an all-time low.

Many train commuters have constant worries, such as their punctuality for work or school, and the addition to the traveling time should another disruption happen and even reliability of the system in their mind.

The safety and reliability of our rail system is the main concern of all commuters.

The Government has spent billions of taxpayers’ money to deliver an efficient, reliable and safe rail system as projected by city planners in 1967 and was concluded by then Minister for Labour and Communications Mr Ong Teng Cheong in 1983 but perhaps the time has come to question the competency of the system.

With constant disruptions of our rail system, businesses may also see a sales drop which can affect our economy. Our tourism may also be affected by the constant disruptions of the rail system as the places of attractions could “lose” revenue. Tourists may find the inconvenience of traveling from one point to another if the alternative mode of transportations would cost more.

The Government, Ministry of Transport and the relevant operators need to ‘buck up’ and place SAFETY for ALL as its utmost priority for the rail system.

The confidence of the commuters on the rail system need to be restored.