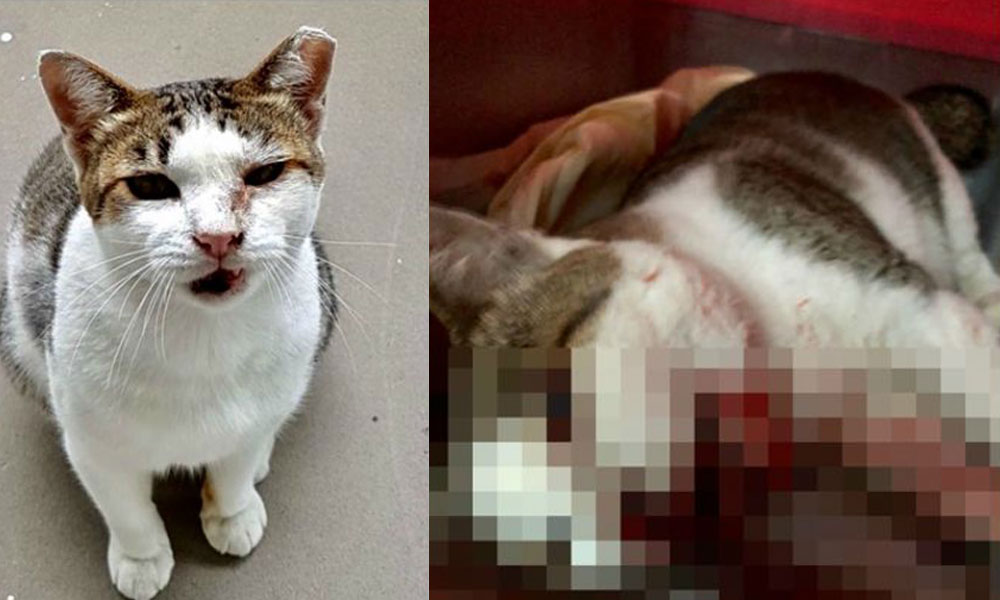 A stray cat in Jurong East was stabbed in the mouth and died later of severe blood loss just as it was being tended to by a vet.

The cat, named “Orni” by residents, was found bleeding at Block 412 Pandan Gardens at about 6pm on Friday (5 Jan).

A 59-year-old cleaner, Mdm Wu Caifang discovered Orni covered in blood and called a neighbour, and the pair then rushed her to the vet.

The vet found that Orni suffered a deep stab wound at the roof of its mouth, believed to be caused by a knife.

During treatment, Orni struggled, causing blood to ooze out from its left eye.

It died just as the vet was about to give it a sedative, reportedly due to severe blood loss..

Mdm Wu said that she had seen Orni roaming the estate for the past 14 years, and that the cat was friendly and tame.

“Every morning, Orni would go upstairs to look for some of the cats. In the evening, it would go downstairs again to wait for its food.”

The Agri-Veterinary Authority is investigating the incident.